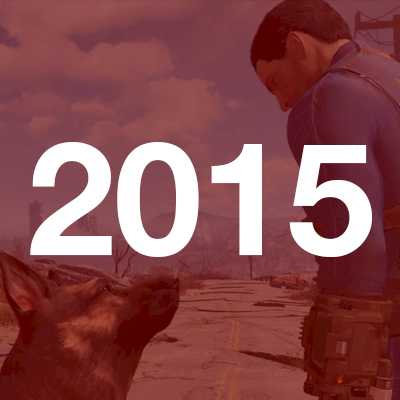 Exploring our favourite video games from the year 2015

This blog series is all about the best games of the last 20 years. George and Matt from the Monitor Audio team take a look at each year and pick their favourites. In this post, we’ll be going back to the year 2015.

In another year of sequels, we saw the birth of a few notable franchises including hack and slash Bloodborne, frantic first person survival/parkour Dying Light and an interactive horror game inspired by slasher movies Until Dawn. 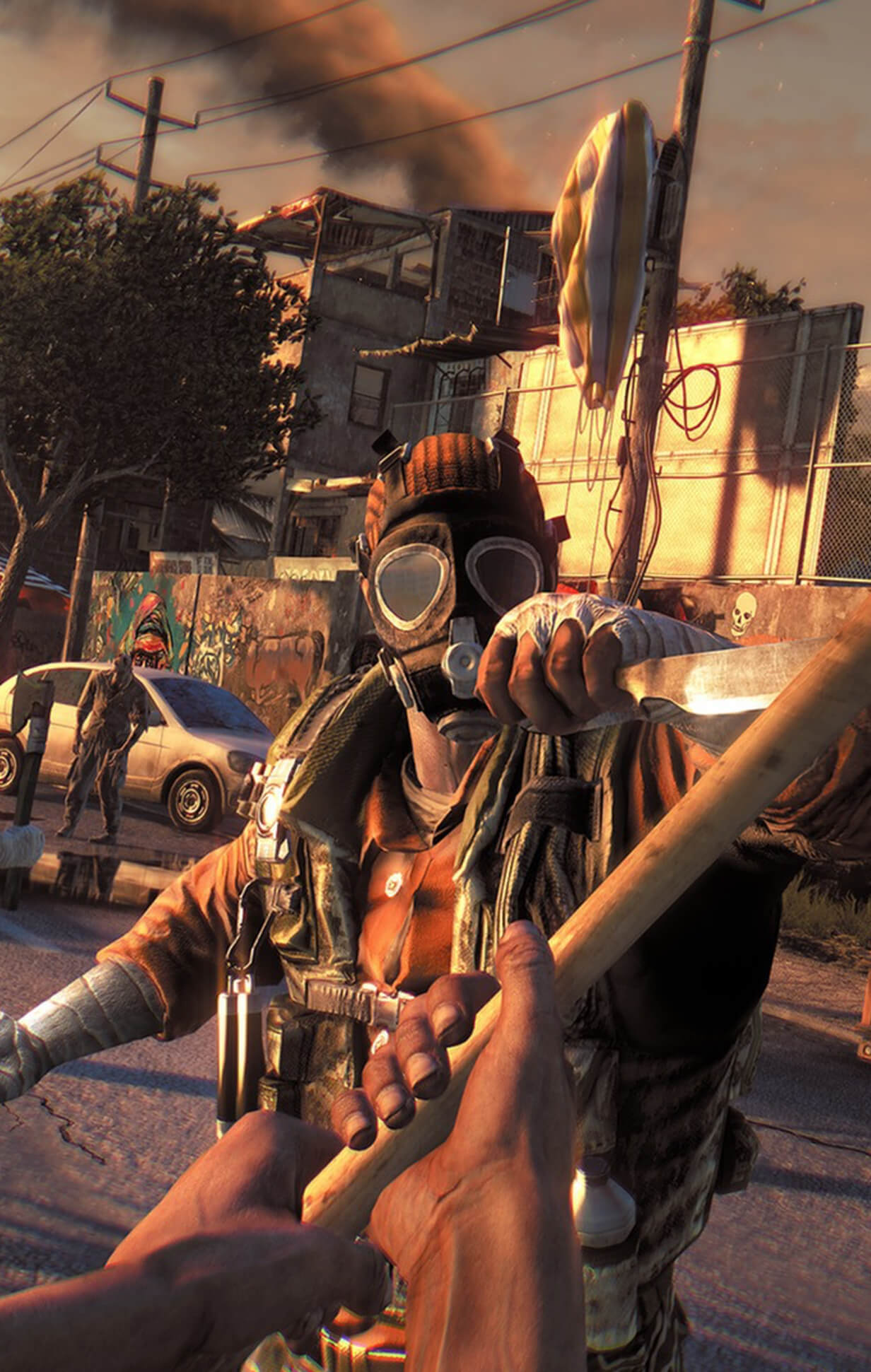 Developers Techland brought elements of Dead Island to this new, highflying survival horror, in a sprawling world infested with zombies.

You play as Kyle Crane, an undercover agent for the Global Relief Effort, a humanitarian organisation, with ties to the Defence Ministry. As acting governor for the city of Harran, Kadir Suleiman is holding a sensitive file for blackmail, which Kyle has been sent to retrieve. After being bitten by an infected, Kyle is taken to a safe haven, called the Tower, by Jade.

After being notified that a warlord named Rais is harassing residents of the Tower and stealing GRE airdrops, Crane steps in. A drug that slows the process of infection, called Antizin, is their target. Jade's brother Rahim tasks Crane with getting the, but the GRE provide alternative instructions to destroy it. He confirms Rais is Suleiman, after buying Antizin directly from him, telling the Tower that Rais got there first. Tower leader Brecken requests that Crane act as a mediator, but he is soon betrayed by Rias, when he acquires two crates of Antizin, but only given five vials. After the GRE refuse to help the Tower, Crane cuts ties with them. After finding plastic explosives in Rais facility, they use it to bomb a nest of Volatiles, but Crane has to kill Rahim, after he is bitten. Crane and Dr. Zere are captured by Rais, as he informs them that GRE were planning to weaponise the virus. As Dr. Zere is killed, Crane escapes. In an effort to eradicate the outbreak, the Defence Ministry plan to bomb Harran, but Crane alerts the outside world that there are survivors via a radio tower. As Crane and Jade begin to turn, Jade sacrifices herself, allowing Crane to have the last dose of Antizin.

This ambitious open-world from Techland was a refreshing change from the dull wasteland that so many post-apocalyptic games seem to offer. The AI for every enemy provided a real challenge and being chased by Volatiles through the night was exhilarating. With its engrossing character development, fun side quests and superb free running, Dying Light provides endless hours of fun. Bring on the sequel!

Following the brilliant Tomb Raider, Crystal Dynamics brought us the eleventh entry in the series, which improved on its predecessor.

Suffering from PTSD, still struggling to explain the events that occurred on Yamatai, Lara turns to her late father's research for answers on immortality. Her father’s partner, Ana, tells Lara that Lord Croft's obsession with the lost city of Kitezh, drove him to suicide.

A key figure in the Kitezh legend is the Prophet of Constantinople, whose tomb resides in Syria. Upon arriving in the Forgotten Cities, an ancient order of knights called Trinity, interrupt Lara. She remembers seeing a book in her father's study at Croft Manor, which has the same symbol on the side of the tomb. Lara speaks to her friend Jonah about an artefact called the Divine Source, which says it grants immortality. When a Trinity assassin steals the book, they travel to Siberia. During an avalanche, Lara goes on without Jonah, who she urges to leave. She soon discovers Trinity’s base and finds that they too are searching for Kitezh. When she is caught, Lara is imprisoned with Ana, but she comes clean, telling Lara that she works for Trinity and her brother, Konstantin, is their leader. In the Gulag cells, Lara meets Jacob, who helps her to escape. Jacob reveals himself to be a leader of the Remnant, descendants of the Prophet's followers. Ana is suffering from a terminal illness, of which the Divine Source is her only hope of a cure. Lara recovers the Atlas artefact and escapes its guards, The Deathless Ones. The Trinity steal the Atlas and wound Jonah. After Lara rescues Jonah, Jacob is revealed to be the Prophet, given immortality by the Divine Source, who heals him.

Trinity break through to the Divine Source, as Lara destroys Konstantin's helicopter. After mortally wounding him, he tells her Trinity killed her father. As Ana is overwhelmed by the power from the Divine Source, Lara destroys it. Both The Deathless Ones and Jacob disintegrate. Returning home, Lara prepares to further investigate Trinity's plans.

The sequel more than lived up to the hype, with more puzzles, better combat and a really intriguing story. Although the formula was the same, Crystal Dynamics showed great imagination with the beautiful Siberian setting. For me, the best game in the entire series. 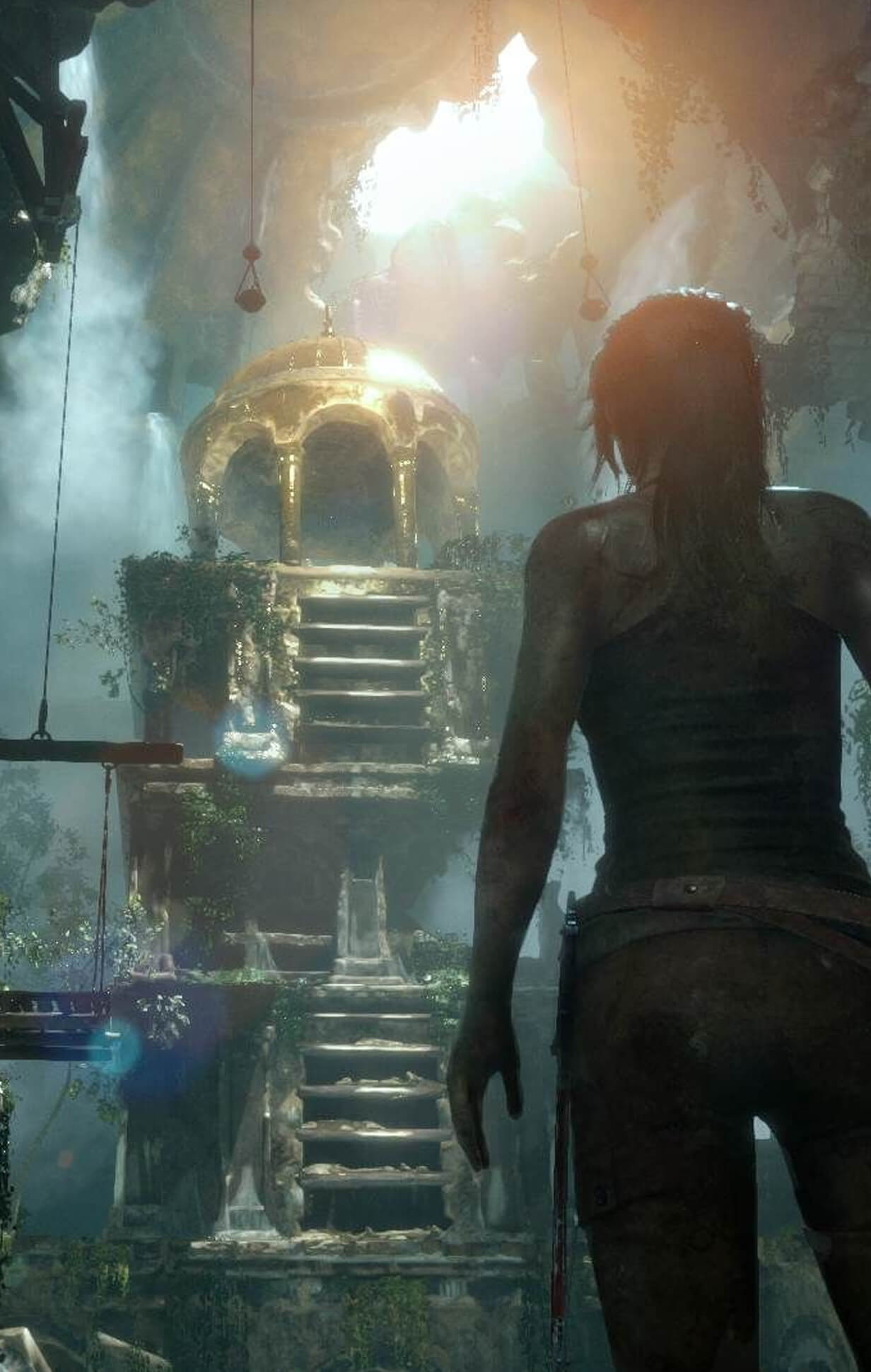 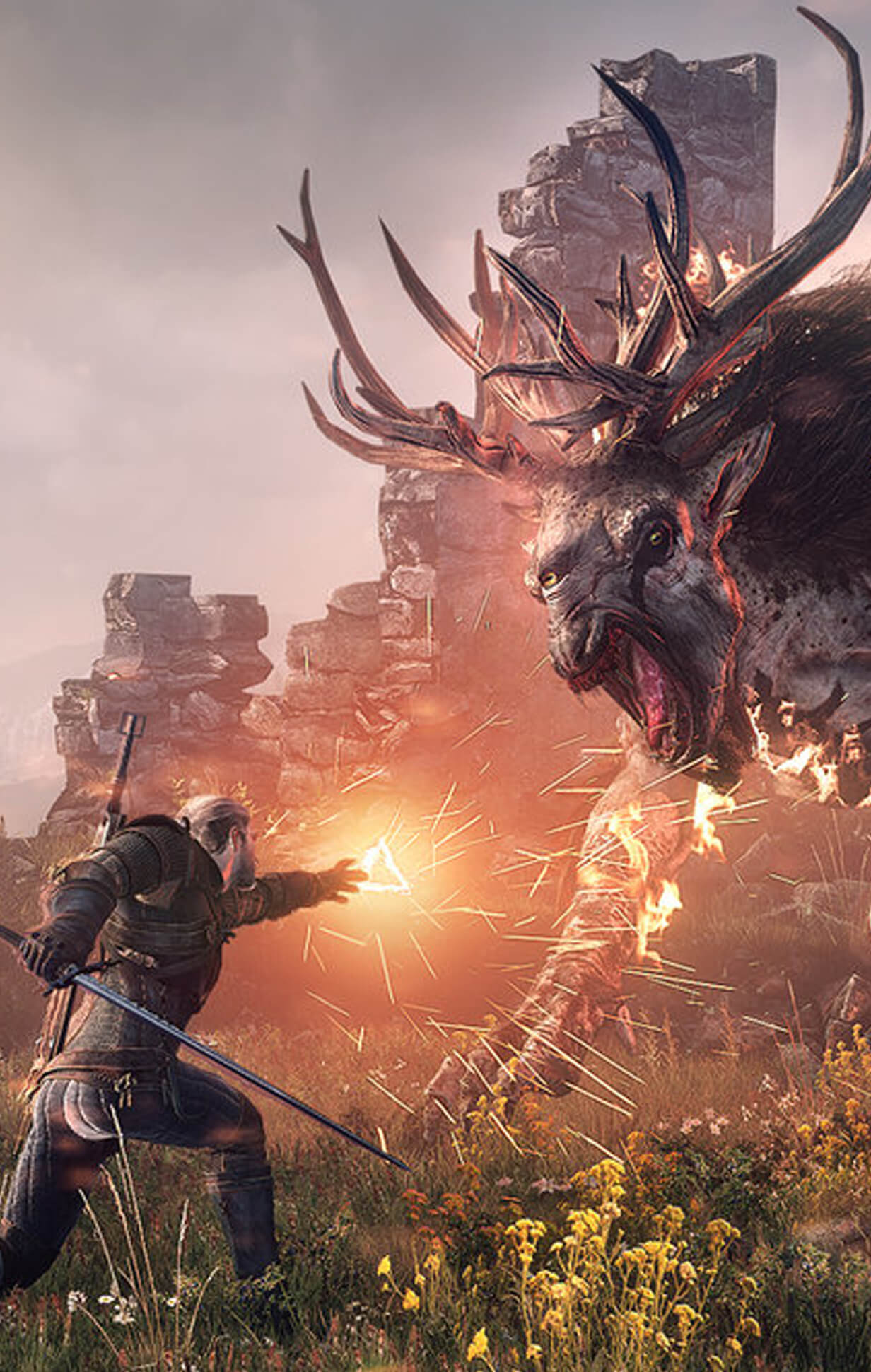 Developers CD Projekt Red brought us a wonderful sequel to The Witcher 2, this time offering a stunning open world environment.

Playing as monster slayer Geralt of Rivia, you ride to the town of White Orchard, re-joining long-lost lover, Yennefer. You may your way to the city of Vizima, where Emperor Emhyr tasks him with finding his daughter Ciri. As she is the last heir to an ancient elder bloodline, Geralt hastily travels to Crow's Perch, the last known sighting of her. Arriving at the fort, the baron initially refuses to help but learns from sorceress Keira Metz that an elven mage was looking for Ciri.

Instead of finding Ciri, Geralt locates the baron's missing wife, who was taken by the Crones of Crookback Bog. They admit to capturing Ciri, but say she escaped. The Baron soon points Geralt in the direction of Novigrad, where he discovers a militant religious organisation called the Church of the Eternal Fire. Triss, Geralt’s former lover, tells him that her friend Dandelion had been in contact with Ciri, but has to move through Novigrad's criminal underworld to find her. Before freeing fugitive mages, who the Church had been purging, he sails to Skellige. Together, Geralt and Yennefer investigate a magical explosion, before tracking Ciri to Hindarsfjall, where wraiths, known as the Wild Hunt, attack the island. A cursed humanoid, living at the baron's castle, called Uma, had witnessed Ciri's escape. Following the king’s death, Geralt determines the new ruler of Skellige and then decides whether or not to continue his relationship with Yennefer. After transforming Uma into Avallac'h, he helps Geralt to save Ciri on the Isle of Mists after finding her in a deathlike state. The King of the Wild Hunt, Eredin, requires Ciri's power to manipulate space and time to stop the White Frost ice age.

Ciri uses her power to push the Wild Hunt back. A relic, which can bind Eredin to a location, called the Sunstone is used, allowing Geralt to defeat Eredin. Ciri then enters a portal and defeats the White Frost. Not knowing Ciri’s fate, Geralt sets off alone to battle the remaining Crones.

With many choices affecting the path you take, I played through a number of times for the various endings and each time, still got lost in the rich open-world. With plenty of DLC, side quests and monster lairs to conquer, it’s the best RPG since Skyrim.

Developers Bethesda returned with the fourth game in the Fallout series, set ten years after the events of Fallout 3.

In 2077, sirens begin to sound at your family home in Sanctuary Hills. Vault-Tec representatives bring families into the local fallout shelter, called Vault 111. Despite being warned of an imminent nuclear attack, it’s just a distraction, as you, along with your spouse and child are frozen alive, when forced into cryogenic tubes by the Vault-Tec representatives.

Now 2287, strangers open the vault, kill your spouse and kidnap Shaun. You stumble out of Vault 111 as the only survivor, making your way to Sanctuary Hills. There, your robotic butler Codsworth informs you it has been 210 years since "The Great War". Vowing to avenge your spouse's death and find your son, you head for Concord. Along the way, a dog named Dogmeat takes his place by your side. You first assist the Minutemen; a faction that aims to drive out raiders and other threats to the Commonwealth, before making your way to Diamond City. There, Piper, a reporter, tells you about a secretive organisation called the Institute. They specialise in the creation of synths, by kidnapping innocent people from around the Commonwealth and replacing them. Nick Valentine, a synth detective, helps you to track down Conrad Kellogg, the man responsible for the murder of your spouse. After killing Kellogg, you remove the cybernetic implant from his brain, confirming that Shaun is being held in the Institute. The Brotherhood of Steel arrives in the Commonwealth on an airship called the Prydwen. With the help of the Railroad, who rescue synths from the Institute, you retrieve blueprints for a teleportation device to gain entry to the Institute.

Now the Institute's director, Shaun reveals that you actually reawakened sixty years after he was taken. Dying of cancer, Shaun hands over ownership of the Institute to you, but you must decide if you want to side with the Institute, Brotherhood, Railroad or Minutemen faction.

Looking back, I had more fun with New Vegas, but there was certainly more to do in Fallout 4 than previous entries. With hundreds of hours of gameplay, lots of crafting and multiple settlements to control, it was very entertaining. Full of radiation and ghouls, Fallout 4’s wasteland is the most brutal post-apocalyptic environment I have ever come across. 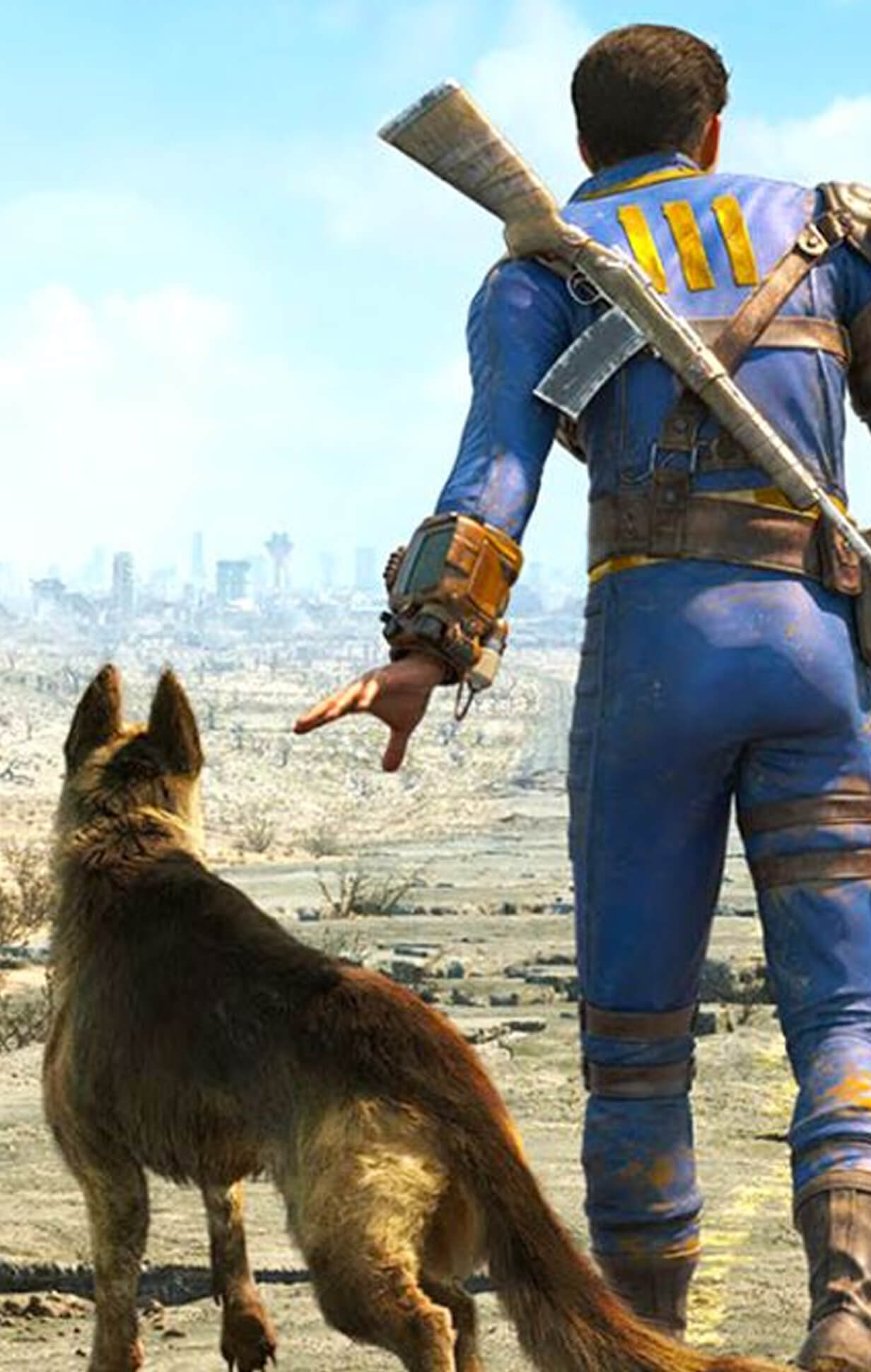 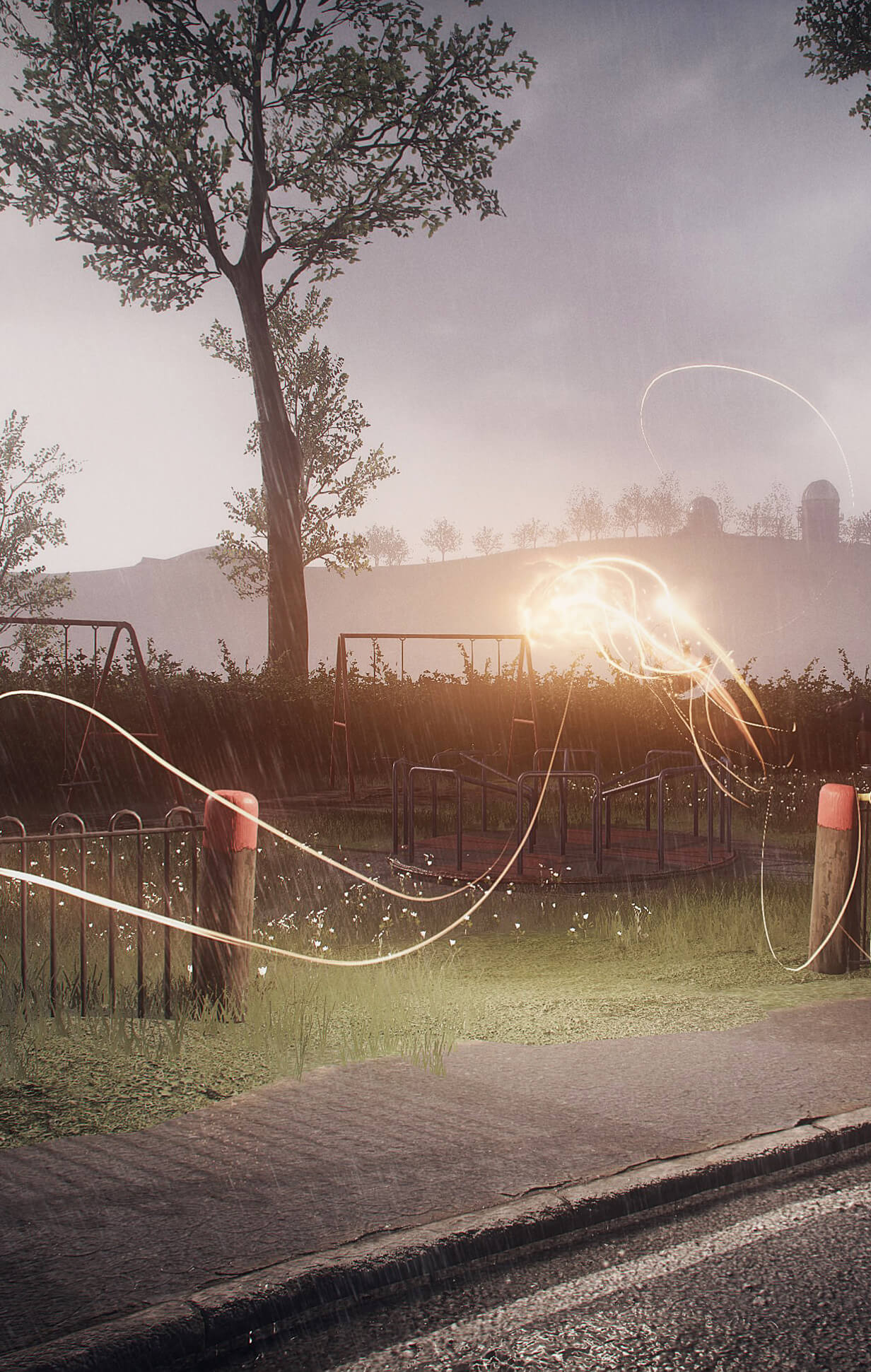 Everybody's Gone To The Rapture

This haunting exploration game by small British developer The Chinese Room chronicles a quiet end of the world story, from a small English village.

Venturing into a deserted village in Shropshire, England, in 1984, the player is left to explore and discover why everyone has disappeared. Scattered around the village are floating orbs of light, when approached the light makes up outlines of people and the events that took place, as well as finding telephones and radios that playback conversations and broadcasts.

Put together from the evidence found, Dr. Kate Collins and her husband Stephen Appleton are both scientists that work at an observatory that looks over the village. They discover a strange light pattern in the night sky that starts to kill birds and cows, before spreading to humans. Kate believes that the pattern is trying to communicate with humans, but killing them in the progress, however Stephen becomes convinced that the pattern is capable of destroying the human race. As the village’s inhabitants succumb to unexplained haemorrhaging of the brain, other people disappear into specks of light and ash. Stephen contacts the local government to quarantine the area, convinced it could spread past the village. The government tells the locals that it is an outbreak of Spanish Flu, yet many become sceptical when corpses start to disappear. Stephen realises the quarantine has failed, as the pattern has learned to spread through television and telephone signals. He asks the government to gas the valley and heads to a shelter to wait out the bombings, with the intention of committing suicide once everyone infected is dead. When he realises the world has been infected, he sets fire to himself.

In the final part of the game, the player accesses the observatory. Kate is seen making her final recording, having communicated with the pattern. The pattern tells her that everyone was now together, everyone has found their counterpart and are no longer alone. She states that humanity can finally ‘slip away, unafraid’ and joins the others.

Without flashy action sequences, Everybody’s Gone To The Rapture envelopes you in atmosphere, with an intriguing story and incredible soundtrack.