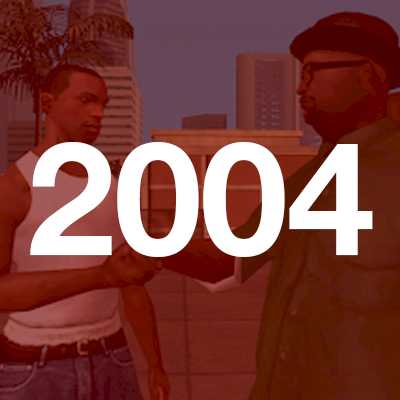 Exploring our favourite video games from the year 2004

This blog series is all about the best games of the last 20 years. George and Matt from the Monitor Audio team take a look at each year and pick their favourites. In this post, we’ll be going back to the year 2004. 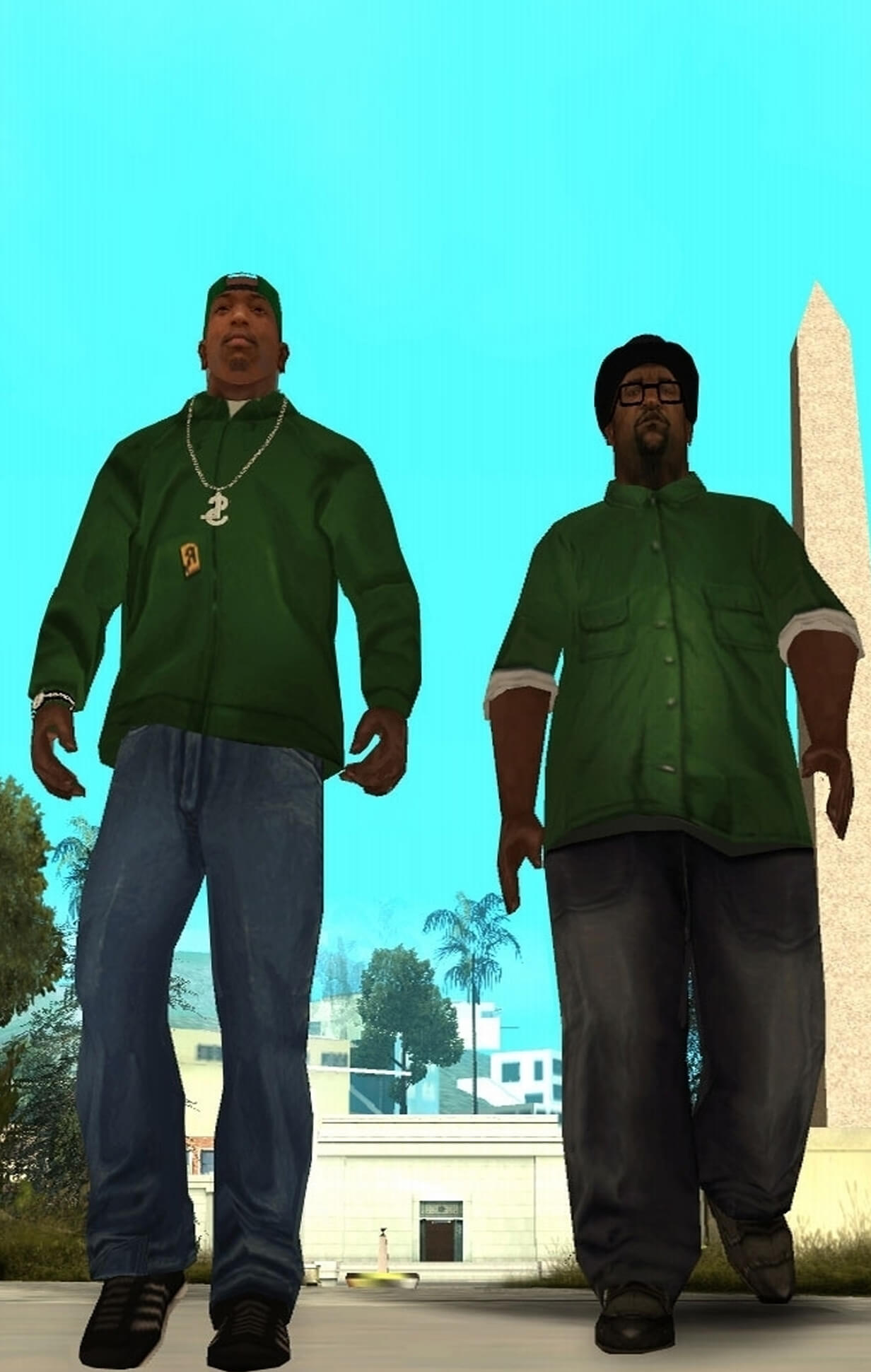 Rockstar pushed the boundaries even further with their seventh entry in the series, offering up a masterpiece. As the follow up to Grand Theft Auto: Vice City, the move from 80s to 90s was effortless, with the developers using real-life events in Los Angeles to build a world offering so many possibilities.

In the fictional U.S. state of San Andreas, you play as protagonist Carl "CJ" Johnson, a former Grove Street Families member who has returned after the death of his mother. In a city where drugs and corruption is rife, CJ comes back to his neighbourhood after a five-year hiatus to find his friends and family have fallen apart.

Its 1992, after attending his mothers funeral, CJ quickly finds himself on the wrong side of the highly corrupt C.R.A.S.H. police unit, who threaten to frame him for a murder they themselves committed. After reuniting with his friends in Grove Street, he agrees to stay and help them with the rival Ballas and Vagos gangs, whilst juggling the various other crime syndicates. CJ and the Grove Street Families must now take back control of the streets and reclaim the gang’s territories.

Based on San Francisco, the real-life landmarks and environments, from the bustling City, to forests and small rural towns, this RPG was bigger than ever, giving you the opportunity to explore for hours. The customisation options from the previous games in the series for clothing and vehicles were expanded upon, and the number of activities and mini games was increased to coincide with the sheer size of the map. One new feature allowed your character to gain weight or muscle, depending on his balance of food and physical activity, which was a great addition.

San Andreas offered a strong storyline and side activities, including the Liberty City side mission, which was a great throwback to GTA III. The soundtrack offered just as much variety as its predecessor, and the voice acting, as per usual, was superb, with Samuel L. Jackson, David Cross, James Woods, Peter Fonda and Wil Wheaton all featuring.

Is San Andreas one of the greatest games ever made? It’s difficult to argue otherwise.

After a six-year wait, Valve returned with Half-Life 2 and like the original, we were not disappointed.

This first person shooter continues with protagonist Gordon Freeman, as he peruses an answer to the on-going alien onslaught. The player has moved from the Black Mesa Research Facility and into City 17, where the aliens, known as the Combine, have taken over Earth in part of their hopes of intergalactic domination.

Freeman has a specially designed suit, which has its own oxygen supply with medical injectors, to fight off radiation and other elements. After evading the Combine forces, you join up with various scientists and other resistance members to move through the city’s canal system, fending off the Combine raids as you go. After picking up a gravity gun, the sophisticated physics system allows you to move large objects to navigate the wasteland and also throw them at enemies, leaving debris in your wake.

You start to build up your arsenal and exploit natural hazards, such as gas fires, pressurised canisters and traps to dispatch the enemy. Picking up, moving and placing objects, using the environmental physics to your advantage, helps you to solve the variety of puzzles throughout the game, which requires intuition and common sense. The smallest of details, such as watching dust float in the sunshine after ships fly past was wonderful. This riveting story is pulled off with amazing precision. As the game gathers pace, you start to think you’ve seen it all, but the games final scenes leave you in awe.

From the spectacular action sequences, to the interaction with the various elements, within the physics-based environment, were extremely impressive. It was exhilarating and an absolute pleasure to play from start to finish. Surely the sequel is just around the corner, right? 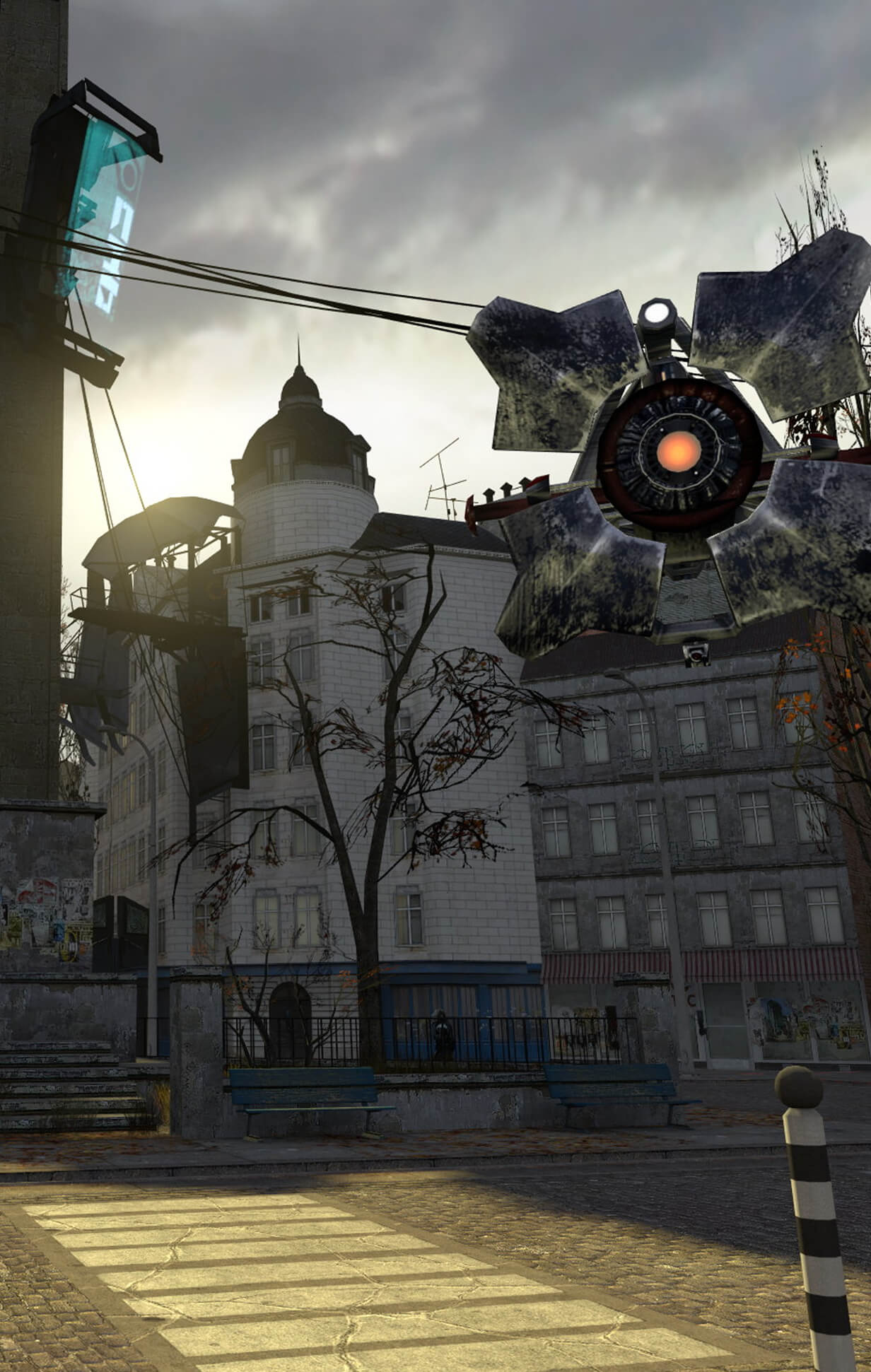 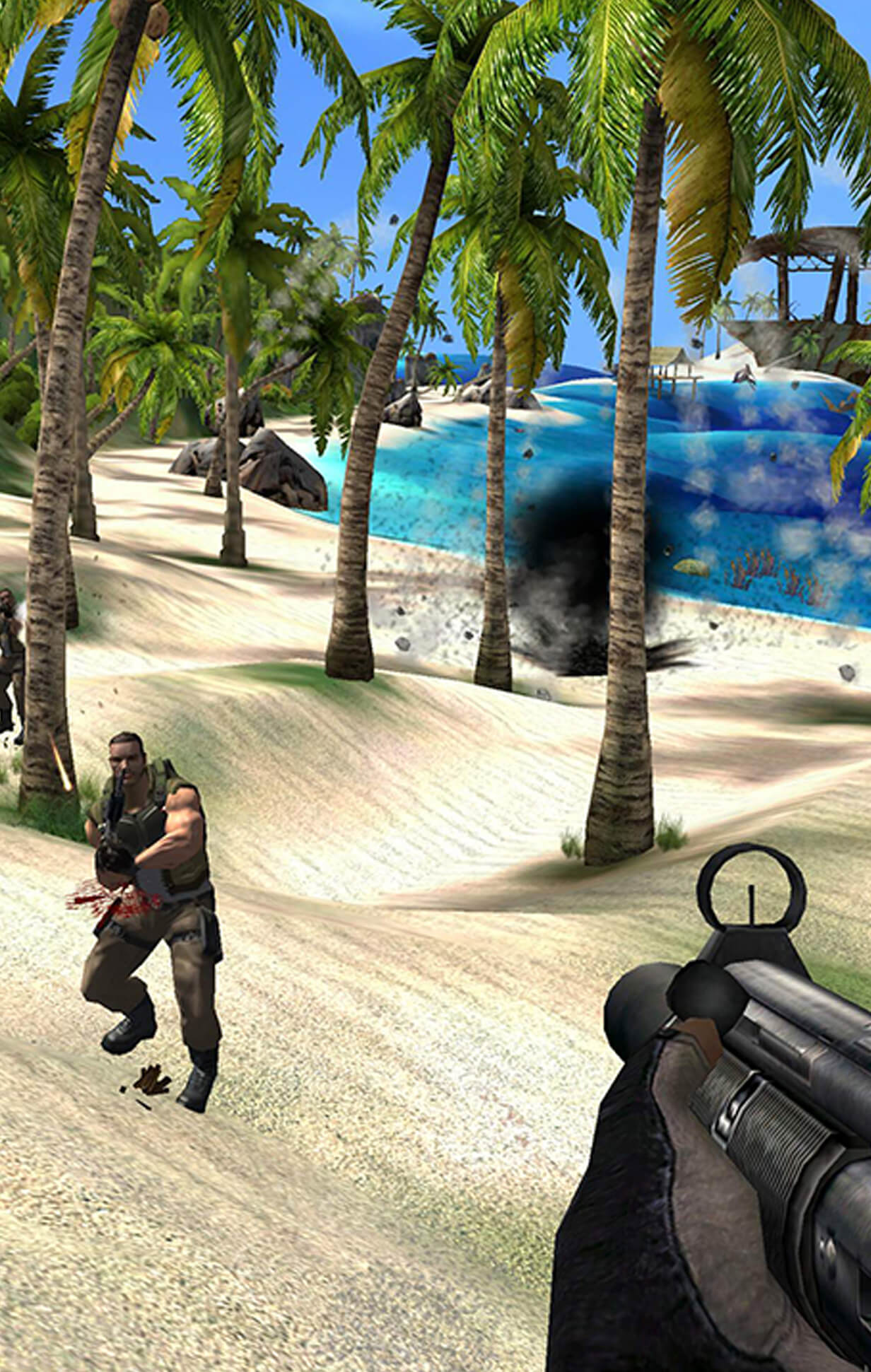 Set in a mysterious archipelago, this tropical paradise provides the setting for this first-person strategic shooter from Ubisoft.

You play as Jack Carver, ex-special forces soldier who has been hired by Valerie Constantine to take her to an uncharted island in Micronesia. After Valerie takes off, Jack’s boat is blown apart and after enlisting the help of a man named Doyle, they begin to travel around the islands looking for Valerie.

After finding that the island is part of an experiment involving genetic modification, along with the various mercenaries, he must battle genetically altered beasts called Trigens. Dr. Krieger, head of Krieger Corp, the company behind the modifications, has started to not only genetically alter wild animals, but humans too. After catching up to Valerie, Jack discovers that she has is an undercover CIA agent investigating Dr. Krieger. After they discover and destroy the main factory and free the remaining Trigens, the blast has released the mutation airborne, infecting Jack, and you must now find the cure for the mutagen, defeat Dr. Krieger and fight your way off the island.

You must conceal yourself and approach your enemies, who are located throughout the dense rain forest, as carefully as possible. If spotted, reinforcements are called and you soon find yourself surrounded, using the environment to their advantage. With various modes of transportation, you could deviate away from the main campaign and upset the various mercenary camps or just enjoy the views. The canyons, mines, and swamps provided a claustrophobic environment, and alongside the calculating AI, offered some incredibly tactical encounters.

The Team Deathmatch in multiplayer mode was all about the careful approach. It was stressful, but a lot of fun. Far Cry provided great graphics, with high-quality gameplay and an overall intense but fantastic experience.

The fourth instalment in the series from Polyphony Digital offered a truly authentic racing experience.

With over 700 different models from most of the major manufacturers, the cars, which ranged from the 1980s to 2000s offered pure nostalgia. I spent most of my time in the Nissan R92CP, although my favourite was the Sauber Mercedes.

You start to take on your own Top Gear challenge, competing against all types of cars across the various tracks, understanding which is suited to the best terrains. The famous Tsukuba Circuit, Suzuka Circuit and the thirteen-mile dangerous and gruelling Nürburgring are just some of the world circuits available. As you navigate the rally tracks in the mountains of Chamonix, Swiss Alps and the Grand Canyon, be prepared for the incredible views, as you navigate the narrow and winding roads. My favourite track, and the most technical to manoeuvre was the Seattle Circuit, offering huge jumps and tricky chicanes.

Racing against it was almost impossible, but a particular highlight was driving the F1 car, which was an incredible experience, needing absolute precision to operate. Completing the twenty-four hour endurance race at the Nürburgring to get the F1 car was challenging, to say the least, and not particularly enjoyable. As you accumulate points from winning races, you can start to build up your car collection. I loved tweaking the car settings to establish better speed and handling, depending on the profile of the track. The driving missions, The Pass; 3 Lap Battle; Slipstream Battle and 1 Lap Magic, were similar to the licence tests, but instead offering a car upon completion.

Even more enjoyable using a racing wheel, the sheer adrenaline whilst driving over three hundred miles an hour, whilst controlling the virtual camera, without consequences was immense. Despite my memory card taking a huge hit, with superb physics and stunning graphics, Gran Turismo 4 has to be one of the best driving games ever created. 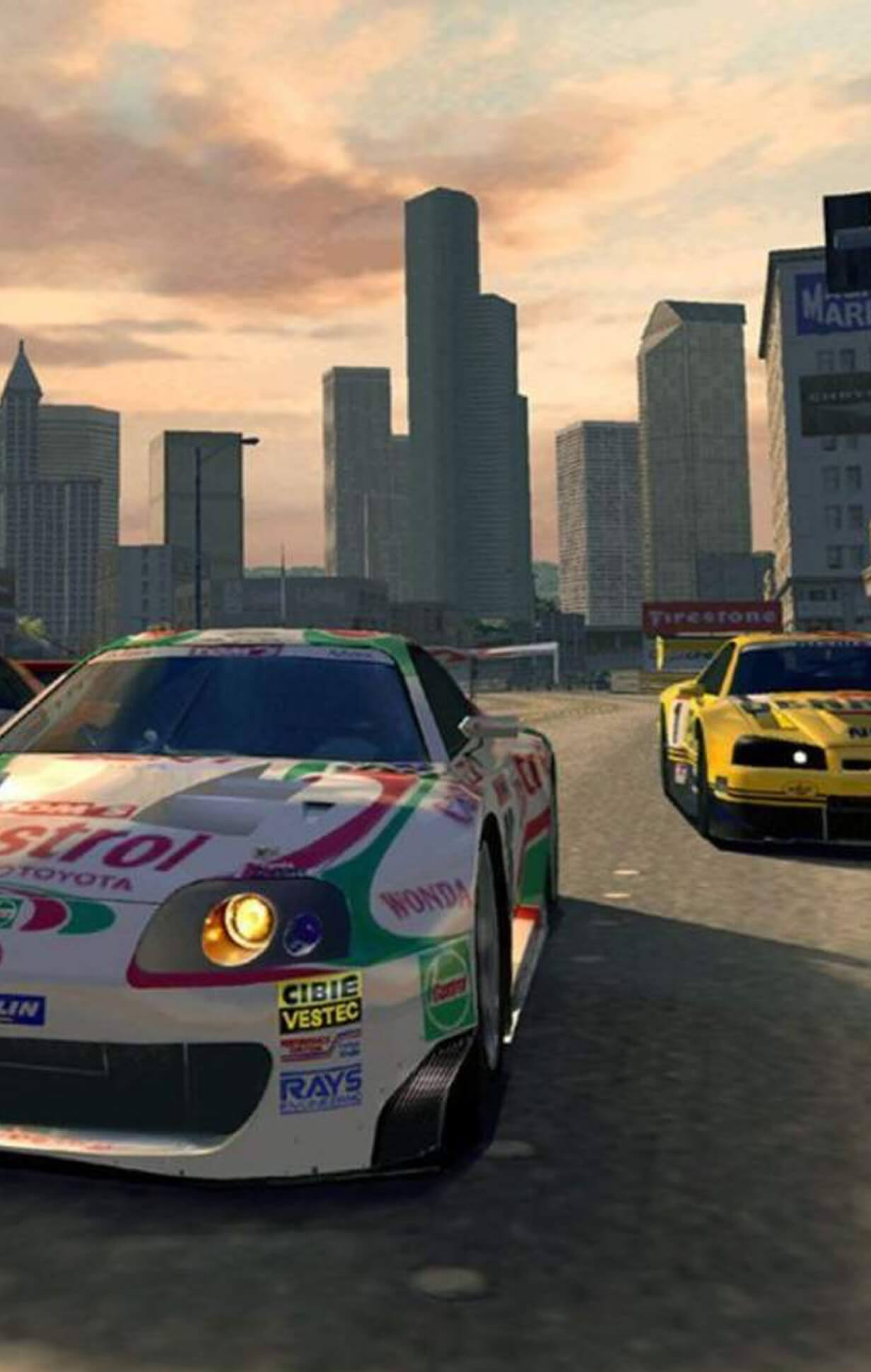 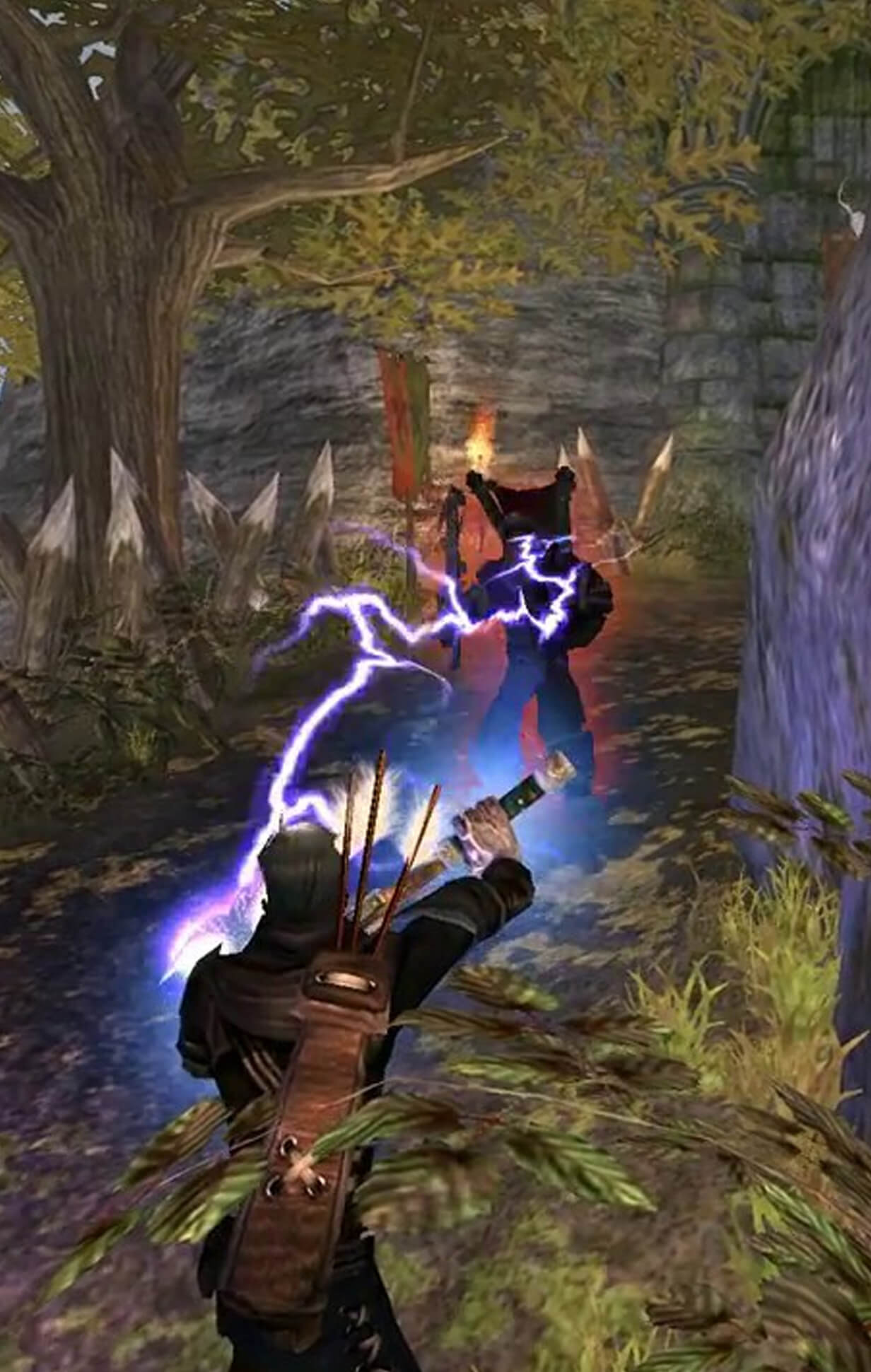 Developers Big Blue Box Studios bring an enchanted medieval world full of treasure and mystery in this RPG adventure, where you must choose your path wisely.

Taking place in the city of Albion, a village is raided by bandits, killing a boy’s entire family. Maze, an old hero, rescues and trains the boy at the Heroes' Guild. You assume the role of the orphaned boy who dreams of becoming a hero, but first must understand what really happened to your family.

You begin by honing your skills at the Heroes' Guild, where you receive your main quests, with the gold earned allowing you to advance your characters attributes, building your spells and powers. Before you leave the guild, you can customise your outfit, which does seem to make a difference depending on the type of dynamic NPCs you meet along the way. The way you approach your main and optional side quests, determine whether your character is adored or loathed by the local townspeople. As your fame or infamy build, it becomes very apparent when you reach each town, through dialogue and influence, or lack of it. Although your appearance cannot be altered, one thing that is apparent as you continue your trek is your age and the many battles you have fought. Alongside the wrinkles that appear, if you endure a heavy hit from an enemy, a visible scar appears, staying with you until the games end.

As you start your journey down the many different paths, across Albion’s wasteland, you come across many enemies, such as trolls, insects and bandits. Though the open-world isn’t huge, there is still plenty to do. If you want to prolong the experience, you can buy property, get married, go on a murderous spree or just kick chickens, if that takes your fancy. Despite the combat feeling fairly straightforward, there are some interesting elements to fighting large groups of enemies, with real strategy required to defeat them.

Alongside a beautiful orchestral score, this tale of good and evil is unique and genuinely entertaining.