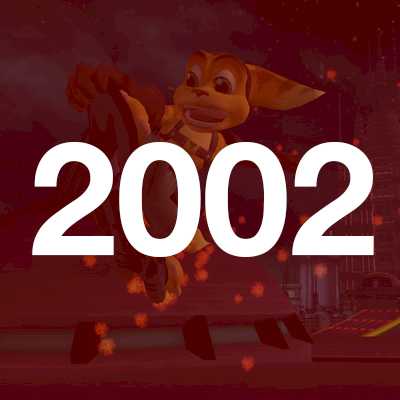 Exploring our favourite video games from the year 2002

This blog series is all about the best games of the last 20 years. George and Matt from the Monitor Audio team take a look at each year and pick their favourites. In this post, we’ll be going back to the year 2002. In this year, we say goodbye to the original PlayStation, hello to the Nintendo Gamecube in Europe and Grand Theft Auto starts causing controversy. 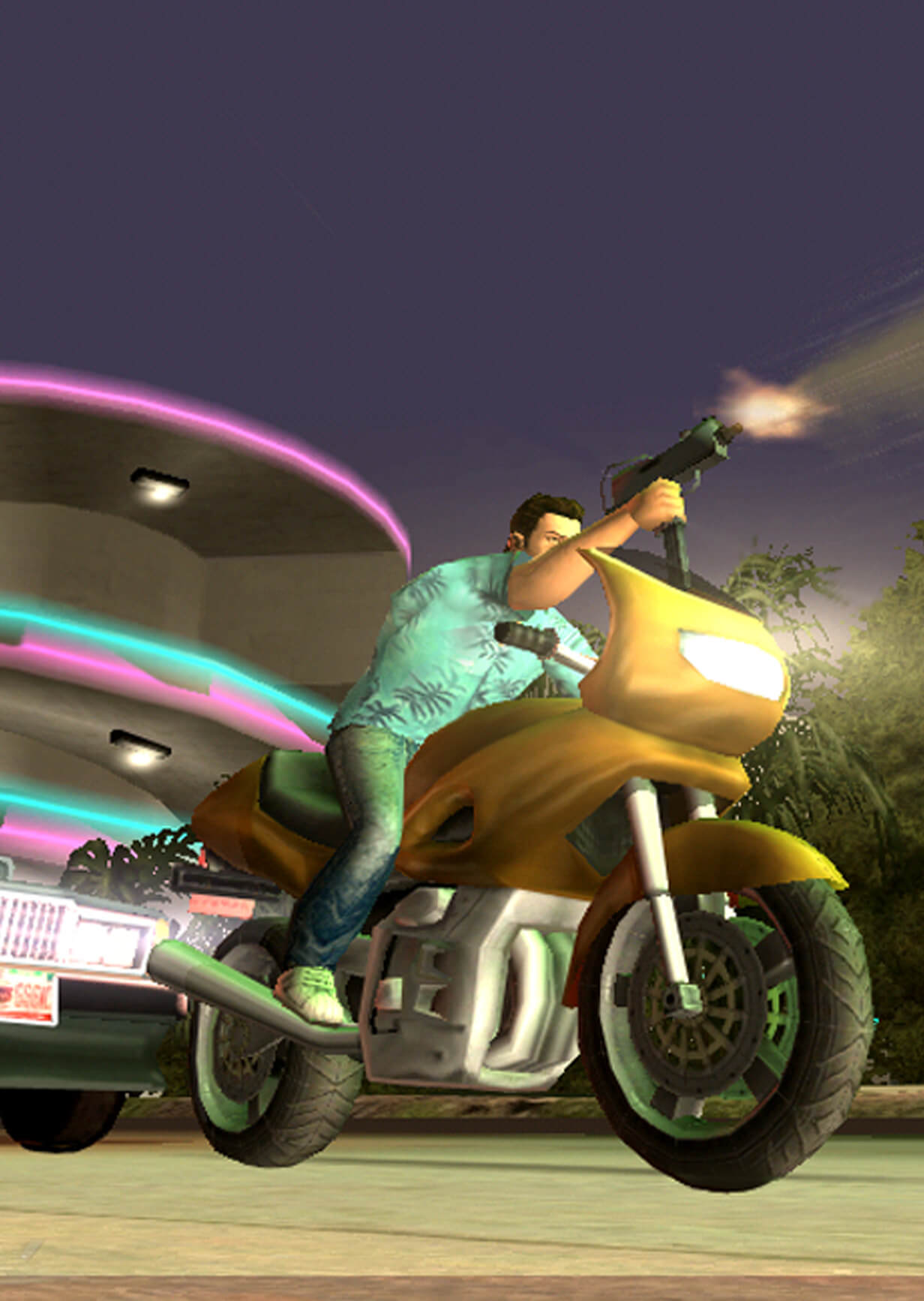 Expanding on the concepts found in Grand Theft Auto III, Grand Theft Auto: Vice City explores themes from Miami Vice and gave us one of the most stylish games ever to be released.

In a fictional take on Miami, Florida, known as Vice City, you play as Tommy Vercetti, recently released from prison and looking to connect and continue where he left off with the mob. Things go sour fairly quickly, as the first job doesn’t go to plan, you find yourself searching for the people who ripped you off, whilst trying to establish yourself in this criminal world and become the top boss.

This exaggerated parody view of the 1980s is so witty, providing so many gags. The game's large cast of characters are very memorable and add even further humour. Tommy Vercetti's voice is provided by Ray Liotta and joining him, Dennis Hopper, Burt Reynolds, Gary Busey, Danny Trejo and yes, Danny Dyer.

Where do I start with the music? The selection of music really sets the tone, providing a dramatic improvement to its predecessor. The soundtrack perfectly encapsulates the atmosphere; flashing lights, fancy suits and fast cars from the 80s. The ability to wreak havoc is still as appealing, but the missions are so engaging that you find yourself working your way through them at lighting speed, admiring the view whilst listening to ‘Billie Jean’, ‘Run to You’ and ‘Out of Touch’. They have twice as many radio stations as GTA III, but stick to the formula, bringing back popular station Lazlow on V-Rock alongside Wildstyle, Fever 105 and of course Flash FM.

1983 film Scarface serves as a major influence to the story, and provides just as much violence. An outstanding game from Rockstar with some of the most imaginative missions I have played. What I would give to play a game like this again!

Mechanic Ratchet meets small robot Clank after crash landing on his planet. After Clank is repaired, he reveals to Ratchet that a corrupt business tycoon is harvesting parts of other planets to create a new planet, destroying them in the process. They go in search of superhero Captain Quark to help them defeat the evil plan, exploring different planets on the way.

The thing that makes this game truly unique is the amount and variety of wacky weapons and gadgets, from standard blasters to tiny nano-bots. The writing is incredibly witty, with many comedic references.

The variety of worlds is astonishing as the adventure takes you across the galaxy, including metropolitan city scapes, mining facilities, space stations and even a beach resort. The game gives you the freedom to complete current tasks and hop from one planet to another in the order you like.

To me, this game marks the last of the great 3D platformers and has stood the test of time in comparison to other games of this generation. 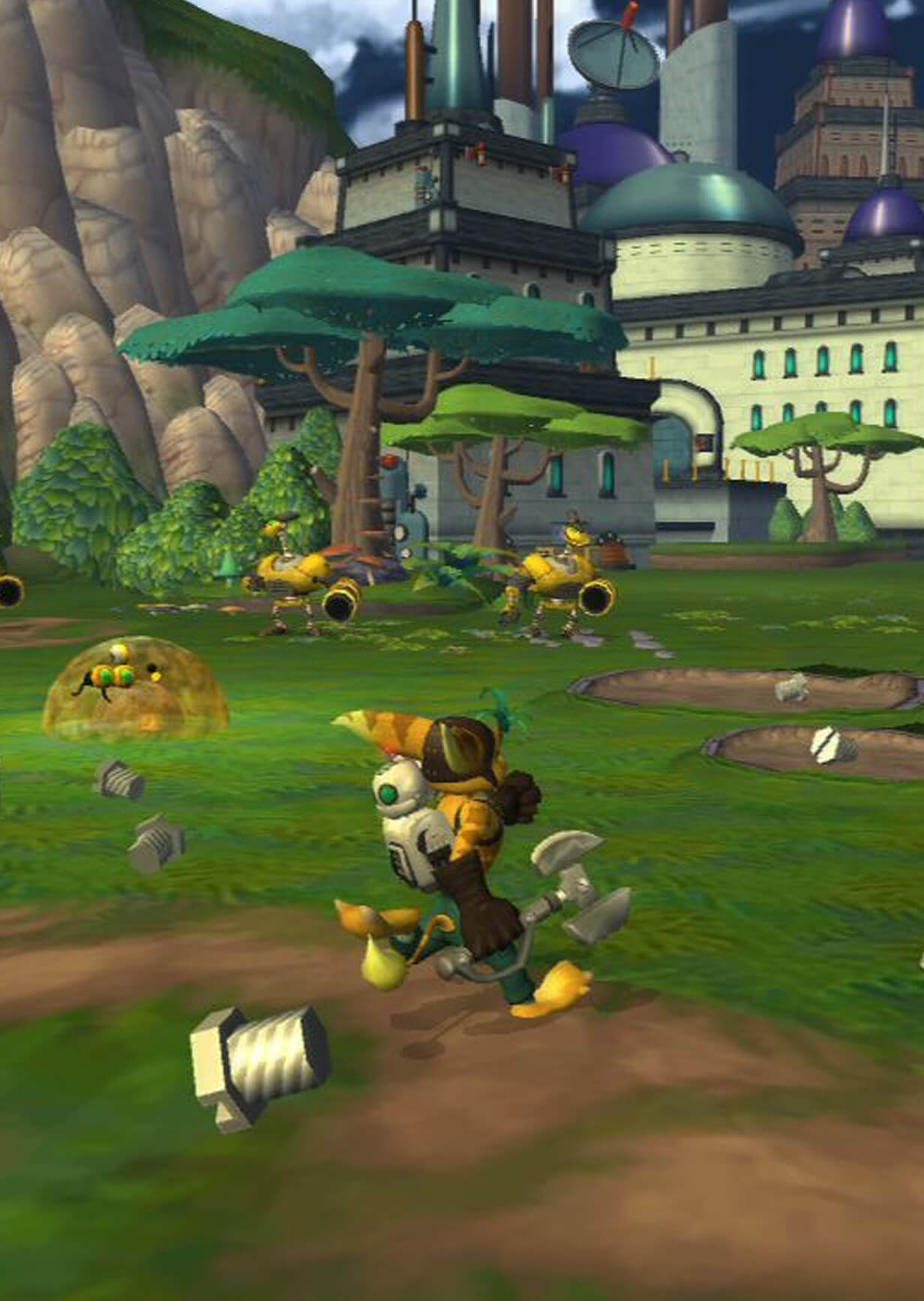 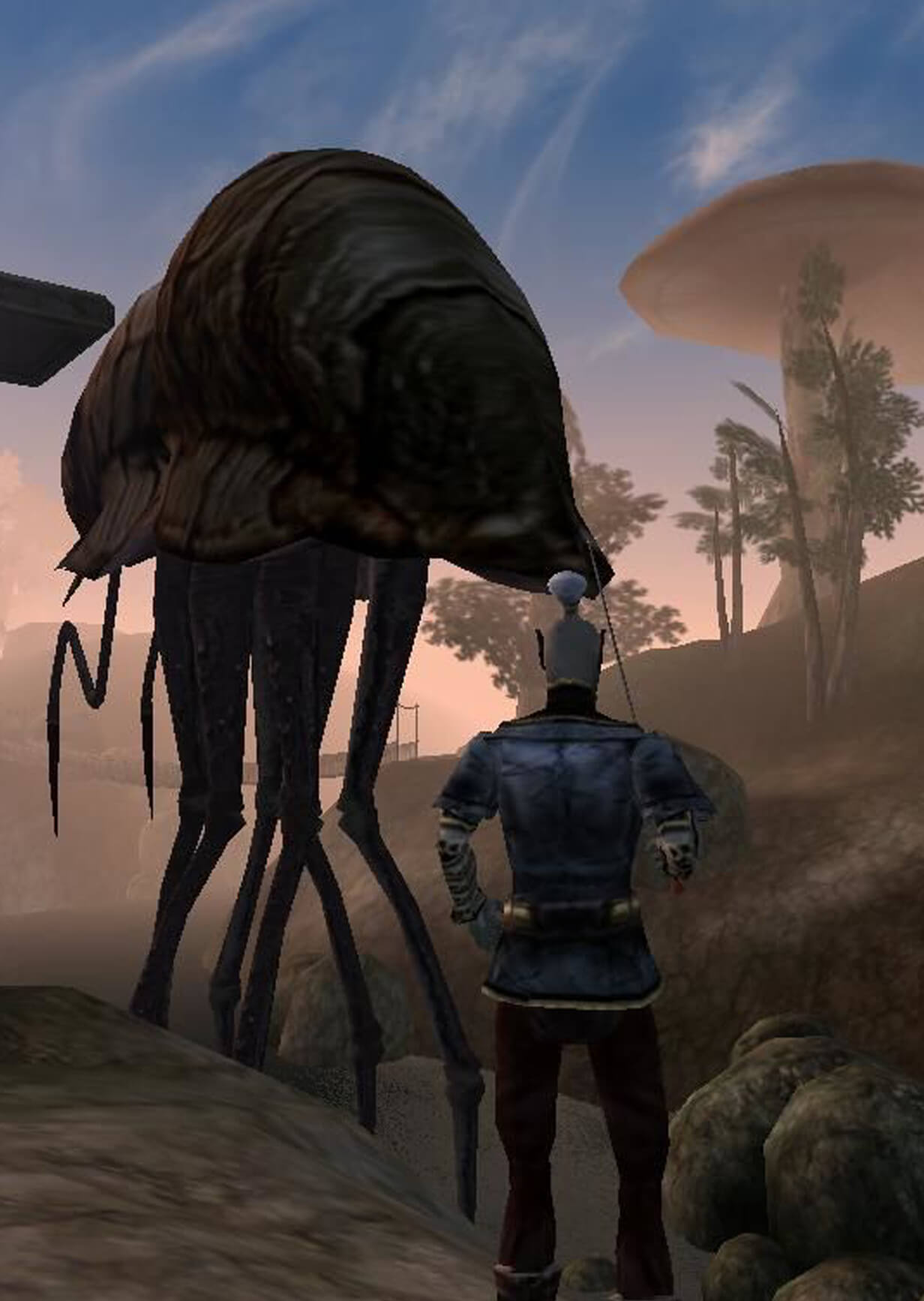 After exploring the fictional continent of Tamriel in Daggerfall, the previous entry in the Elder Scrolls series, I wasn’t prepared for what publisher Bethesda Softworks had in store for Morrowind.

The main story takes place on Vvardenfell, an island in the province of Morrowind, part of the continent of Tamriel. The central plot revolves around The Tribunal, a political regime of god-like beings ruling over Morrowind, and their struggle against a former ally, Dagoth Ur. Your character is on a journey to destroy Dagoth Ur and bring down the The Sixth House, his group of followers.

Vvardenfell has an incredible open-world, offering so many possibilities. The game provides many quests and storylines outside of the central plot, offering hundreds of hours of gameplay. On top of all that, the quests are addictive and the sheer number of them will leave you a bit dizzy.

Despite the combat leaving a lot to be desired, the characters are charming and the scenery is elegant across the sprawling map. The end of the main quest leaves it up to the player to determine the fate of poet god-king Vivec. Although the game does not end upon the completion of the main quest, it gives you the chance to tie up loose ends or even use the editor to create, places, people and even quests, if you desire.

Up to this point, Morrowind had the greatest story to gameplay ratio I had ever experienced. This really was epic and superb value for money.

Publishers Ubisoft brought across elements from its Ghost Recon and Rainbow Six series, but with more of a focus on stealth, over all-out attack.

Your character and protagonist is Sam Fisher, a highly trained agent of a fictional black-ops sub-division within the NSA. Billionaire Kombayn Nikoladze has seized power of Georgia under suspicious circumstances, following the assassination of the previous president. Fisher is recruited by the NSA to investigate Nikoladze, who is found to be committing atrocities in Azerbaijan. As Nikoladze goes underground, you are tasked with taking him down.

As you move through the shadows, use of night vision goggles help you navigate through the darkness with thermal vision goggles for the smoke. You are able to plant cameras to different surfaces as you perform surveillance and the weapons are for quiet incapacitation. When approaching different types of enemies, quite a bit of trial and error is required, but sneaking up behind them always seemed like the sensible option.

The game definitely took a leaf out of the Metal Gear Solid series, another of our favourites, with regards to the covert tactics required to move along each level. The game offers real suspense and I found myself holding my breath when hiding from enemies. It really does bring high levels of anxiety, but it was so much fun and very satisfying not getting caught! 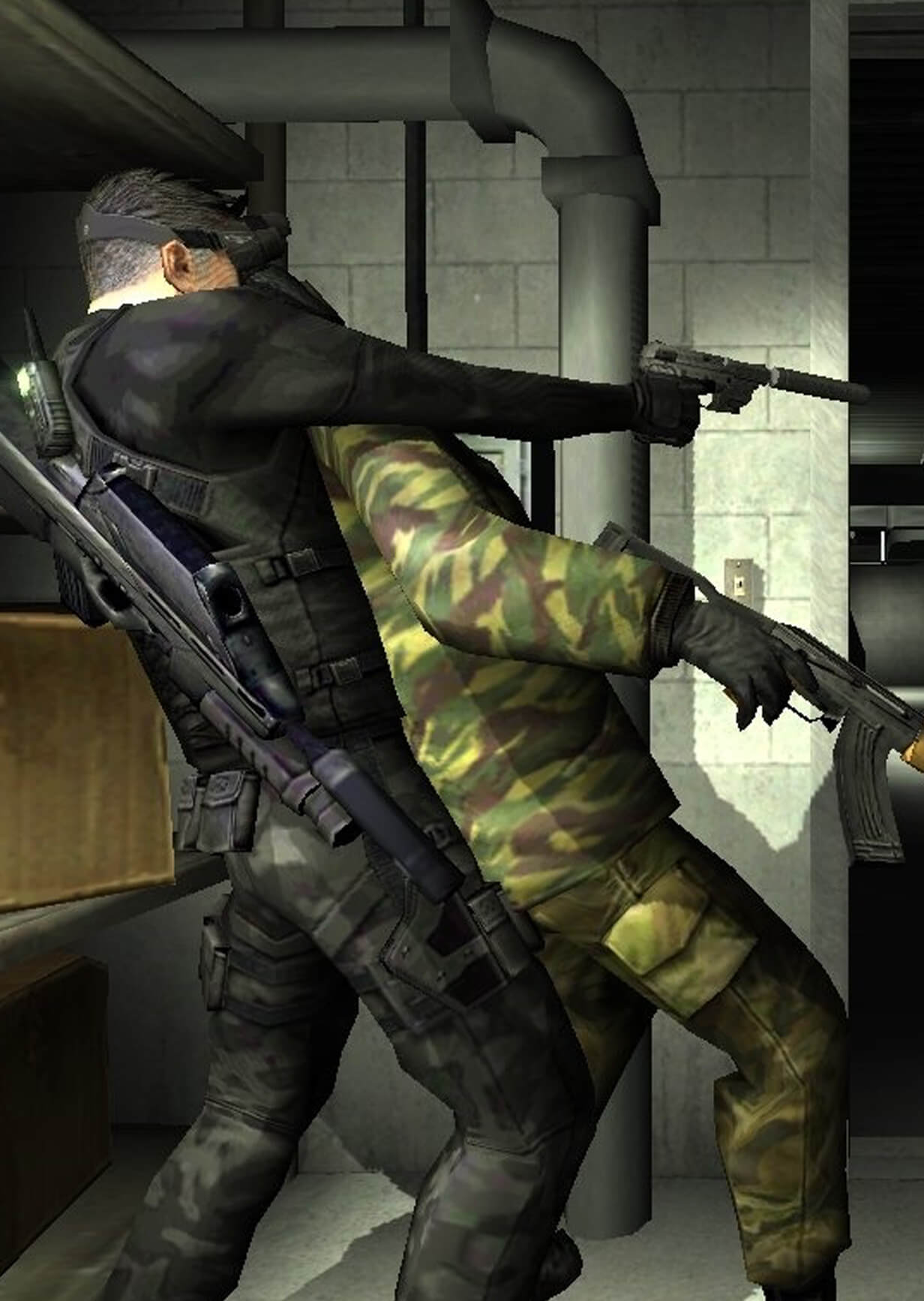 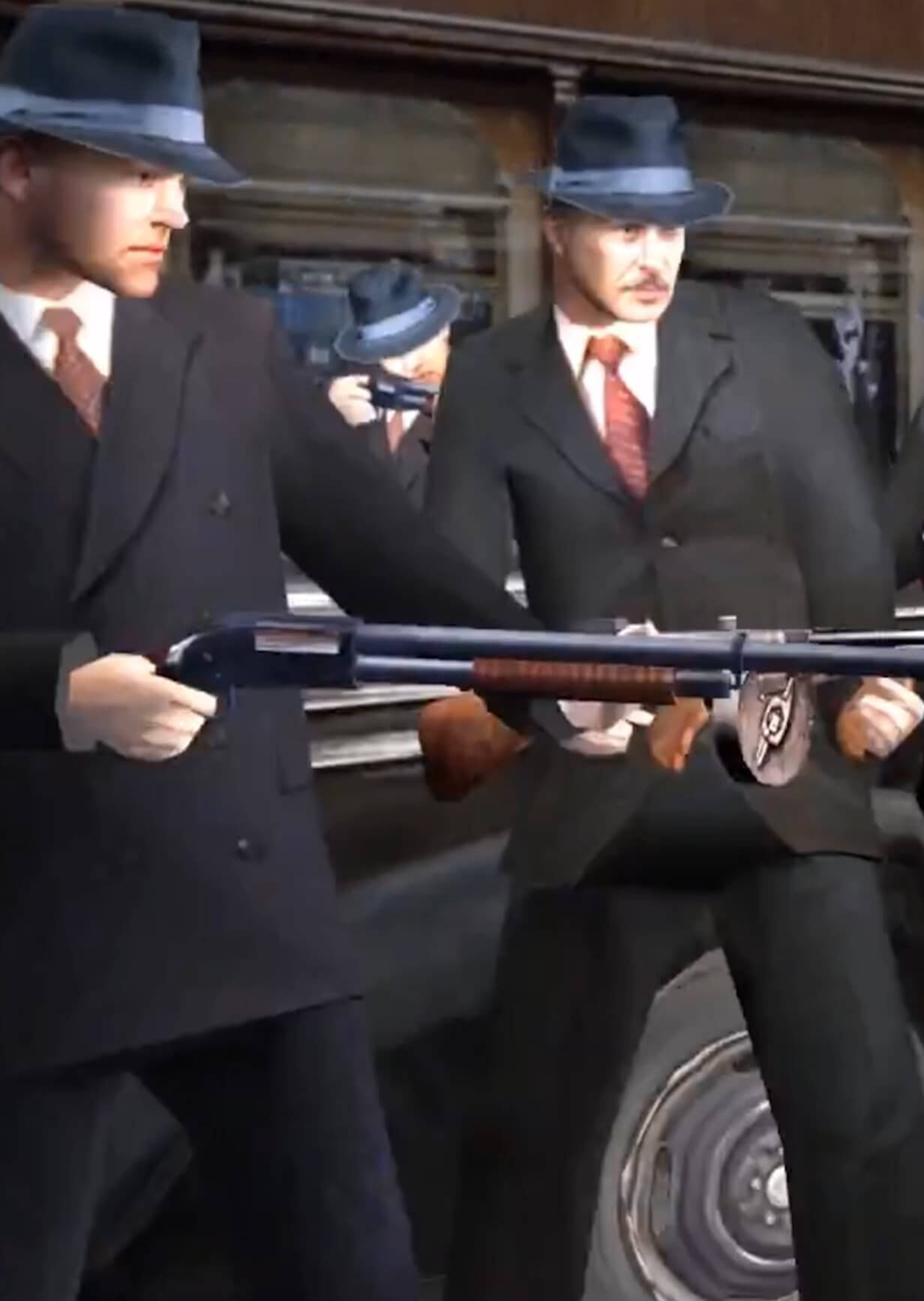 This action-adventure game from publisher 2K follows the rise and fall of mobster Tommy Angelo within the Salieri Mafia family.

Like the Grand Theft Auto series, the weather changes, with day/night cycles. The gameplay heavily focuses on driving around the fictional US city and countryside of Lost Heaven, with car chases and racing throughout. You have the chance to drive over 50 classic American cars, but the Police are around every corner, so you must watch your speed and ensure you don’t run any red lights. There is a real focus from the developers on the damage physics for the vehicles, so you are able to overheat the engine, break gears and even puncture the fuel tank. Drive carefully as erratic driving, blunt weapons and enemy fire can also damage windows, tires, headlights and bumpers.

As the game progresses, in Goodfellas-esque fashion, things get out of control and Tommy finds himself way over his head, cutting a deal with detectives in order to protect his family, eventually entering witness protection.

Upon completing the story, the "freeride extreme" mode was extremely enjoyable and amusing. Mafia has a rich storyline, with fantastic drama and action right up to the final mission.

The Legend of Zelda: The Wind Waker
Nintendo EAD | GameCube