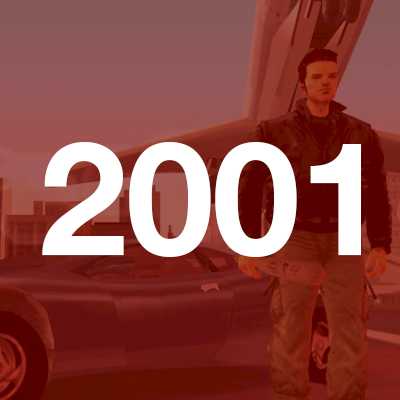 Exploring our favourite video games from the year 2001

This blog series is all about the best games of the last 20 years. George and Matt from the Monitor Audio team take a look at each year and pick their favourites. In this post, we’ll be going back to the year 2001. There were beginings and ends in the gaming industry this year, as we saw Microsoft release the first Xbox console and SEGA pull out of the console market altogether with a farewell to the Dreamcast. 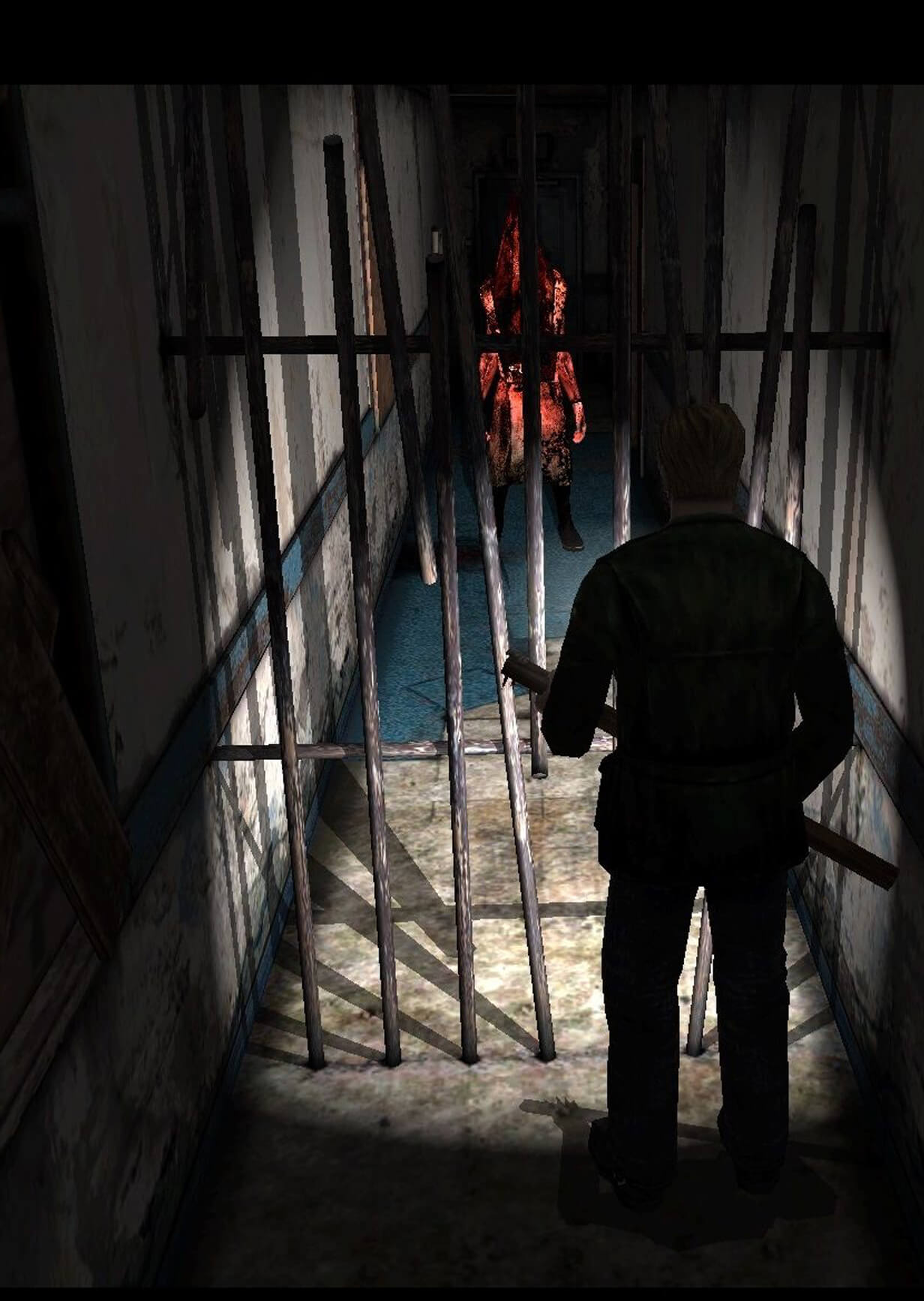 In this terrifying survival horror sequel from Konami, I would love to lie, but I genuinely found myself sitting with my back to the wall, turning on every light I possibly could and cranking up the brightness slider to the max.

The game focuses on James Sunderland, as you manoeuvre through the monster-filled town of Silent Hill, searching for his deceased wife and solving various puzzles along the way.

There are many obstructions and locked doors, so the map is heavily used, as you navigate around trying to find alternative routes and keys. The emitting static from your characters radio tells you when monsters are close, which was terrifying, but at least I knew when to run in the opposite direction. Monsters are attracted to sound...and light. Well, did that stop me using the flashlight? Nope!

Pyramid Head is the main antagonist and has to go down as one of, if not the most terrifying villains in video game history. I loved how quiet the music was, the sound of footsteps, the tense atmosphere, cryptic clues and the thick fog you had to wade through, not knowing what was on the other side. Navigating the Lakeview Hotel was something that will stay with me forever.

Silent Hill 2 does not offer a real canon ending. With six possible conclusions, each as distressing as the other, it was well worth the time spent playing through, although the dog ending managed to break my spirit, unable to comprehend what this cute little Shiba Inu was responsible for.

For me, Silent Hill 2 is still the most disturbing game I have ever played, and that’s what makes this one of the greatest games ever made.

Moving directly on from the Crash Bandicoot franchise - which is my all-time childhood favourite trilogy of games – legendary developer Naughty Dog decided to push its creative power and the new PlayStation 2 to a higher level with this beautiful open world platformer.

Set on a fictional planet, Jak and his loudmouth friend Daxter make their way to a forbidden island. When discovered by guards, the two attempt to escape, but Daxter ends up falling into a vat of ‘dark eco’ which transforms him into a small fury creature. After their escape, they are told to travel north to find the ‘Dark Sage’ to transform Daxter back to his previous form. However, on their travels they’ve found that other Sages have been kidnapped leading to a greater conspiracy.

The game takes you through amazingly detailed open worlds, from sunny beaches to dark jungles and snow-capped mountains. One thing I’ll always remember is the incredibly witty writing and hilarious voice performances of all of the characters (except the always silent Jak).

The art style is incredible taking inspiration from East Asian mythology and ancient aesthetics whilst bringing an original new style that feels truly other worldly, with music built around each environment.

One of the most mind-blowing things for me was the lack of load screens, as each area just blended into the next, something open world pioneer Grand Theft Auto 3 couldn’t do at that time.

The best part of all? You can still experience the game today with ports on current PlayStation consoles! 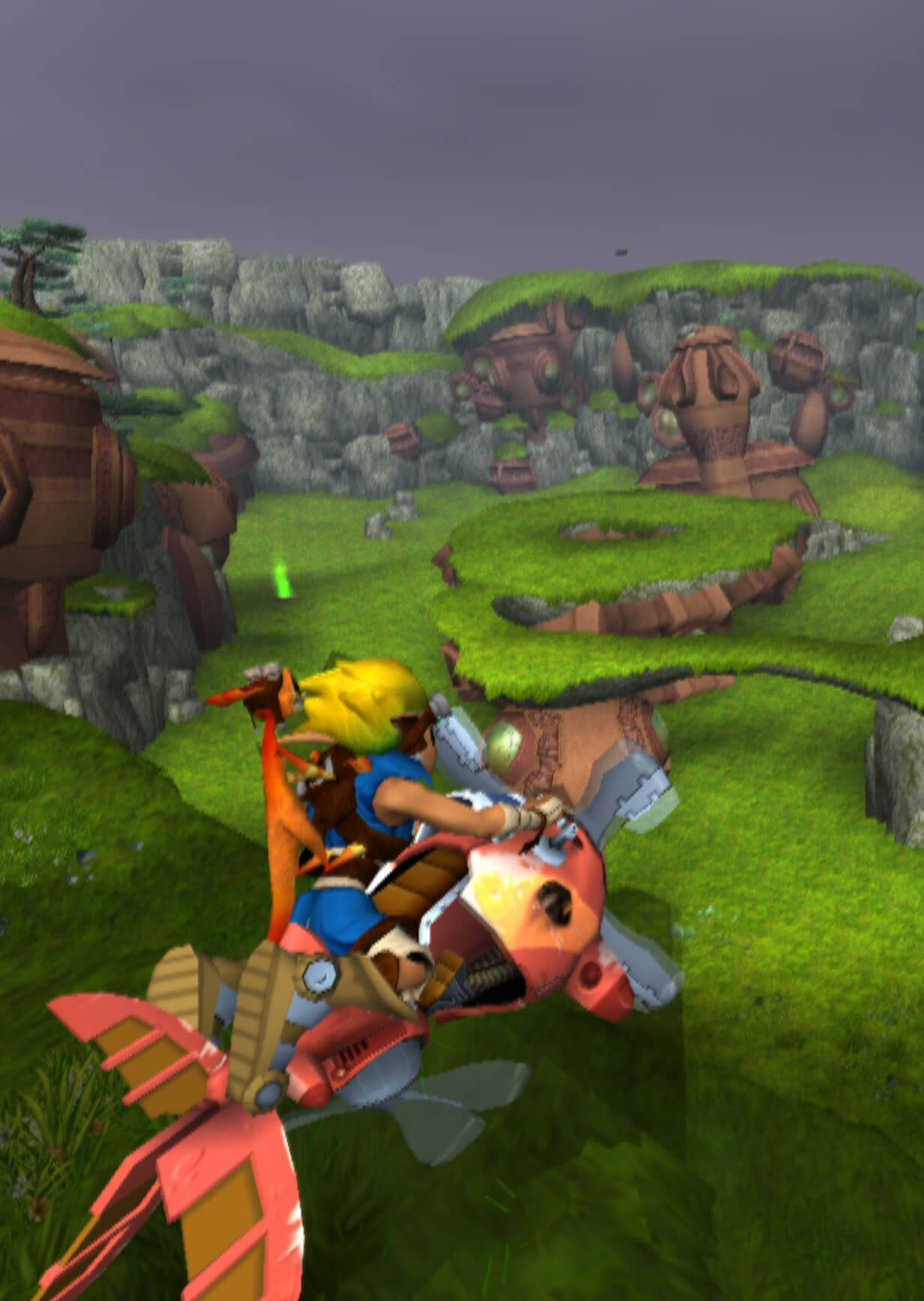 Making the jump from 2D, Grand Theft Auto III moved to the 3D universe and changed the face of gaming forever.

Controlling Claude, the protagonist of the story, you must work your way up in the criminal underworld in Liberty City by any means necessary, as an escaped convict, to get revenge on your girlfriend, who has betrayed you in a bank robbery.

Rockstar Games made this immersive game feel like you were in a movie and you were the star. This living-breathing world gave you a freedom to explore, on foot, or in the various vehicles available to you. The voice acting helped push the story to another level, with Frank Vincent, Joe Pantoliano and Michael Madsen portraying various characters, adding so much authenticity.

This game also highlighted how important it was to have a good soundtrack. Although there wasn’t a huge variety of music, it greatly enhanced the gameplay and made the world seem even more interactive and convincing. I often found myself at the wheel, for no other reason than to listen to the various talk-radio channels or fake Lazlow commercials, which were hilarious.

This action-adventure classic had everything, from the story, gameplay, soundtrack and the ability to wreak havoc for endless hours with no intention of following the main or side missions.

The epitome of stealth, Hideo Kojima’s Metal Gear Solid 2 managed to take elements from its predecessor, bringing better AI, without losing any functionality.

The protagonists of Metal Gear Solid 2 are a rookie agent named Raiden and later Solid Snake. Along with allies such as the Colonel and Lt Pliskin (Solid Snake), they must defeat a group of terrorists called Sons of Liberty.

Different strategies are required as you move through each chapter and face unique boss battles, using your surroundings cautiously to go undetected. Whether it was hiding in lockers, hanging off railings or sneaking up behind enemies, this brought a new meaning to the word discreet.

In the game, Colonel Campbell is revealed to be an AI construct that had gone haywire. The Colonel’s codec calls managed to not only break the fourth wall, but also leave you very confused. From being told that you will ruin your eyes sitting too close to the TV, that you’re in a video game and to turn the console off immediately. It was all very bizarre, but it certainly brought some humour.

Although the plot was dense, he told an incredible story. Kojima’s vision was certainly different, but for me, that was a positive and I enjoyed every second. 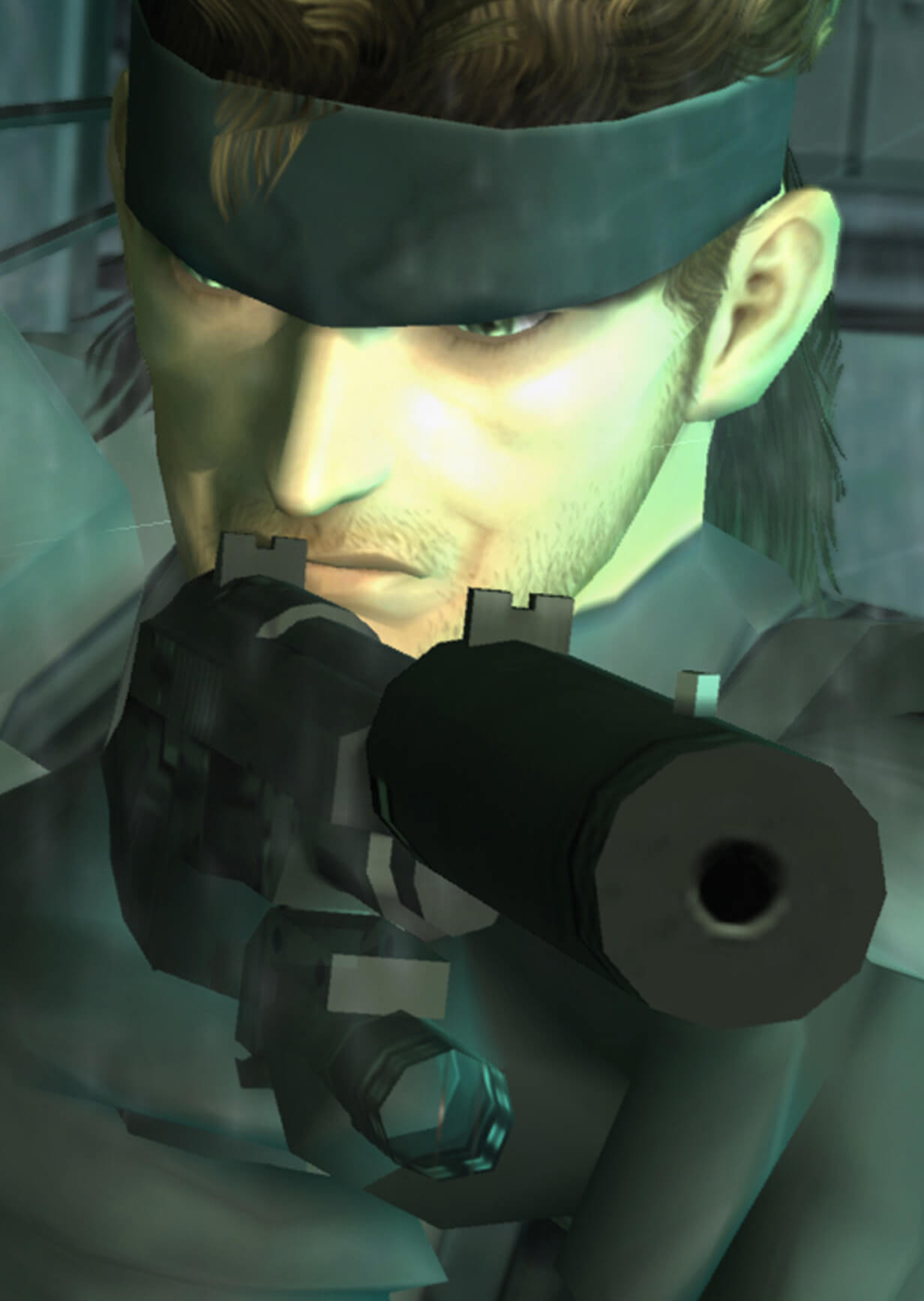 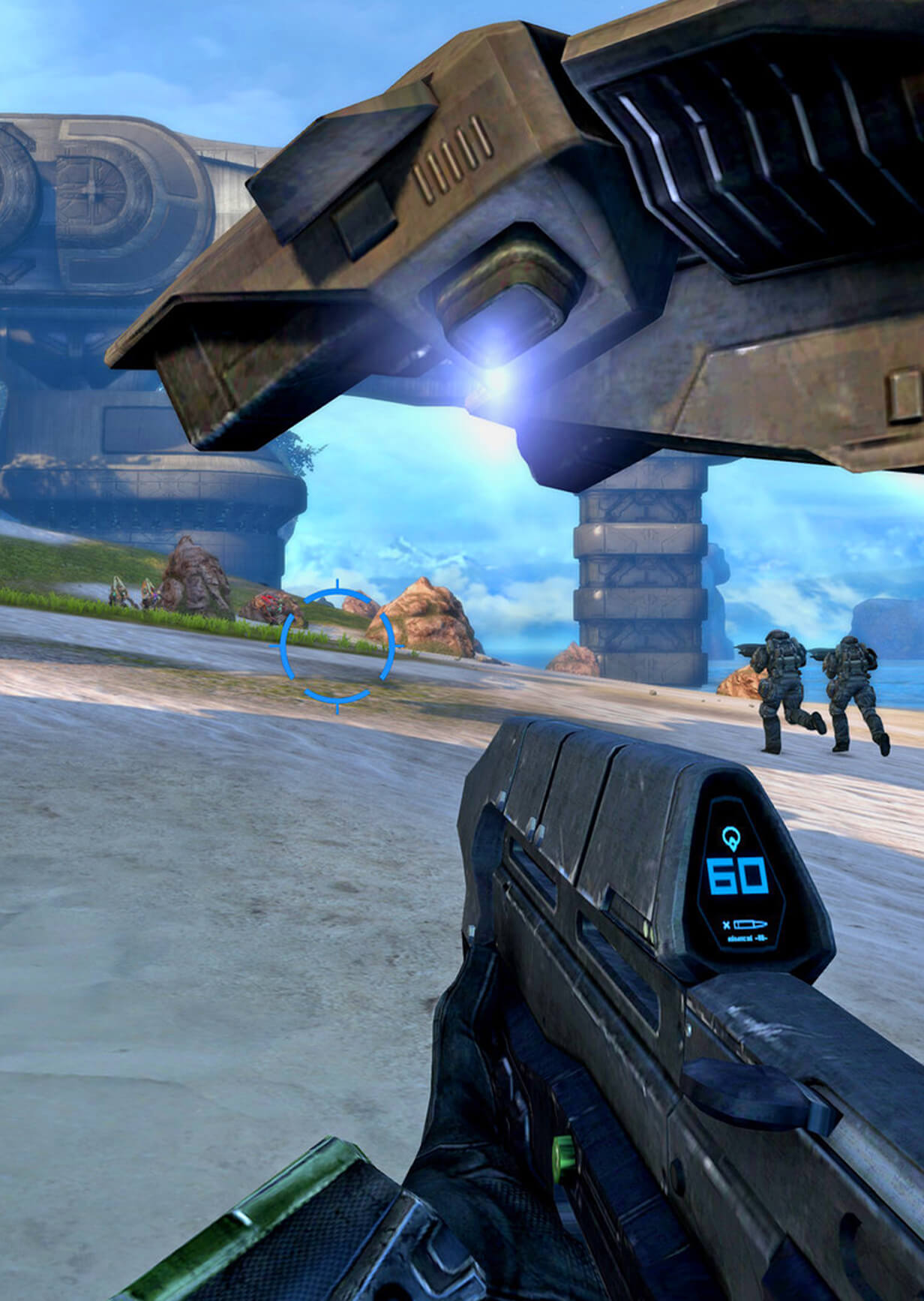 This immense first-person shooter from Bungie offered great special effects, extensive levels and a co-op mode to play the campaign with your friends.

Set in the twenty-sixth century, Halo begins with the UNSC Pillar of Autumn emerging out of slipspace after the Fall of Reach, to discover a huge ring world - a "Halo" floating in space. The player assumes the role of the Master Chief, a super soldier.

This incredible 3D environment offered various vehicles, such as 4x4s, aircrafts and hovercrafts, alongside multiple weapons in both the campaign and multiplayer mode. The AI was impressive, whilst recharging your shield, the AI marines would become angry when their health was low, would assist on the turrets and were extremely helpful in tight spots.

The levels offered many different types of terrain, with antechambers, bottomless pits and winding maze of corridors. Silent Cartographer was my favourite level and it would still hold up today. Although it didn’t invent the multiplayer, through a combination of System Link and normal split-screen gameplay, Halo allowed up to 16 players to participate in a single match.

Halo: Combat Evolved was responsible for pioneering the first-person shooter. It was an effortlessly smart game and was easily the best launch title for the Microsoft Xbox.