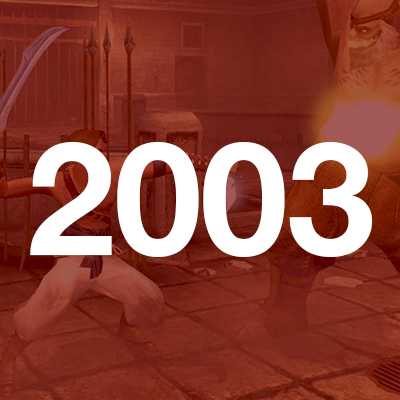 Exploring our favourite video games from the year 2003

This blog series is all about the best games of the last 20 years. George and Matt from the Monitor Audio team take a look at each year and pick their favourites. In this post, we’ll be going back to the year 2003. 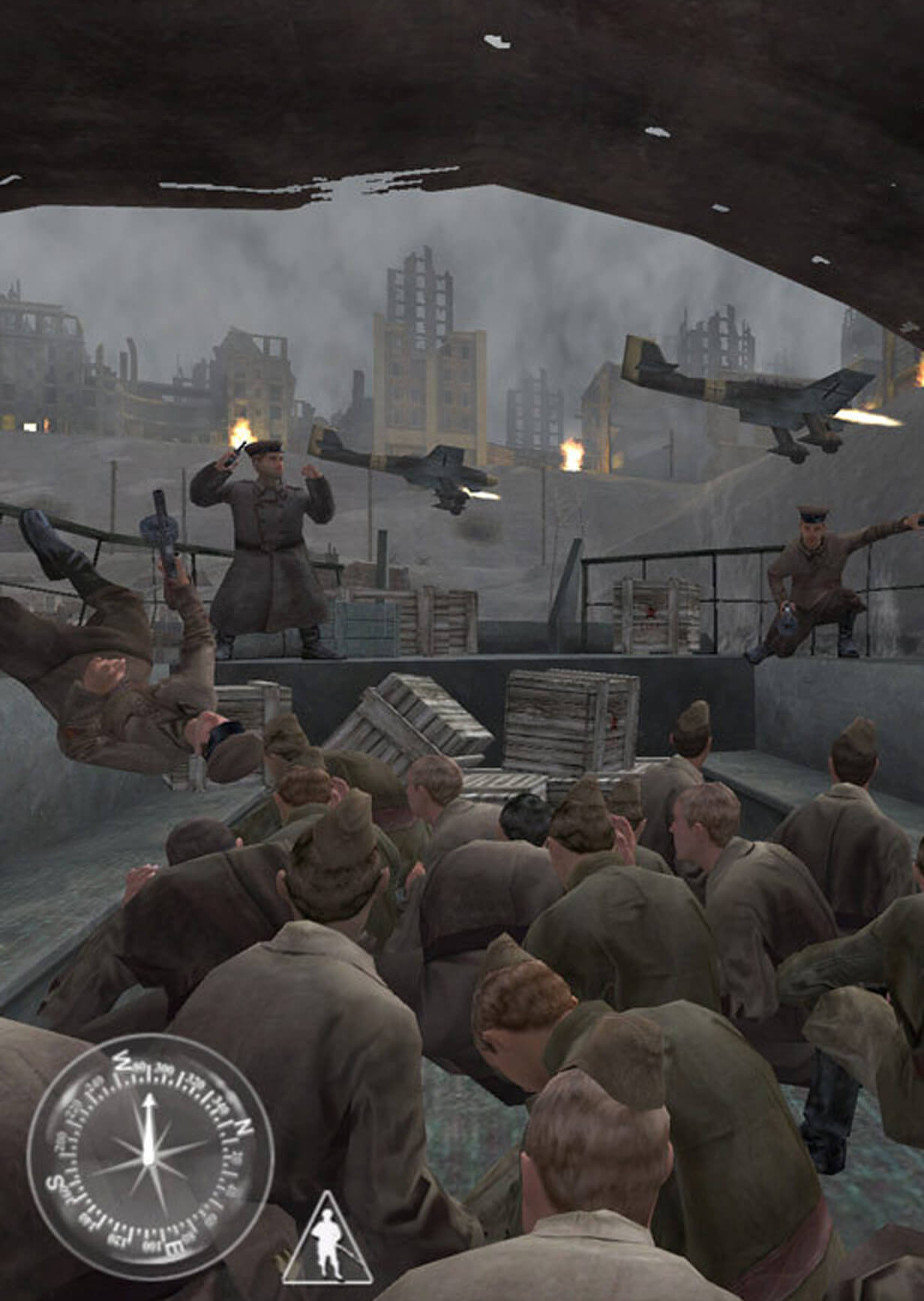 In this revolutionary first instalment of the Call of Duty series, this first-person shooter from Infinity Ward offered a gripping campaign mode and a thrilling multiplayer.

The campaign was well structured and detailed and split into 3 parts, as you play as 3 different protagonists within the American, British and Soviet armies. Each campaign offers a variety of missions; but the American campaign was my favourite, leading to the Battle of the Bulge, as you have to secure top-secret documents from a bunker. The third mission for the British campaign at Eder Dam was extremely, as you without any autosave feature, moving to the various checkpoints seemed almost impossible. The first mission in the Soviet campaign, set during the Battle of Stalingrad was also very memorable, as you battle to survive with very little ammunition.

The campaign mode had a slower playing style than most other shooters, offering a stealthier approach, as enemies actively waiting for you around every corner. With the long sight lines, you have to use the environment to your advantage, using the many windows and doors and alleys to hide in. There was a diverse selection of weapons to form your arsenal and form a strategic plan for the intense situations you find yourself in.

A lot of effort went into the music and sound, which helped push this game to another level, providing an accurate tone to the horror you witness, as bullets fly past and all around you.

I really enjoyed the Domination, Warzone and Search and Destroy multiplayer modes, which a followed a similar concept to that of the Counter-Strike series, providing a lot of fun.

An extremely engaging campaign, Call of Duty brings you as close to a World War II experience as you're likely to get.

The game follows Homer, Marge, Bart, Lisa, and Maggie, along with their friend Apu, who witness strange occurrences across Springfield, all caused by the new flavour of Buzz, which is now running through the towns water supply. As hordes of robot wasps, mysterious vans and crop circles appear, they discover that it’s all part of an alien conspiracy and the culprits are none other than the sinister duo Kang and Kudos.

With multiple levels and sub-plots, the focal point is to discover the alien’s weakness and destroy their ship. You play as each member of the family at some stage, along with Apu, as they investigate various landmarks all across Springfield. Favourite characters such as Krusty the Clown, Cletus Spuckler, Abraham Simpson and Professor Frink all make an appearance, each helping along the way.

The open-world design was heavily inspired by the Grand Theft Auto series with similar style driving missions. As you race against enemies, you have to collects various items before the timer runs out, whilst trying to blow up their vehicle, allowing you to destroying the environment in the process. Collecting The Itchy & Scratchy cards for the bonus video was a lot of fun.

I loved every minute, with some excellent use of music and voice acting making for a terrific atmosphere and brilliant humour to go with it. 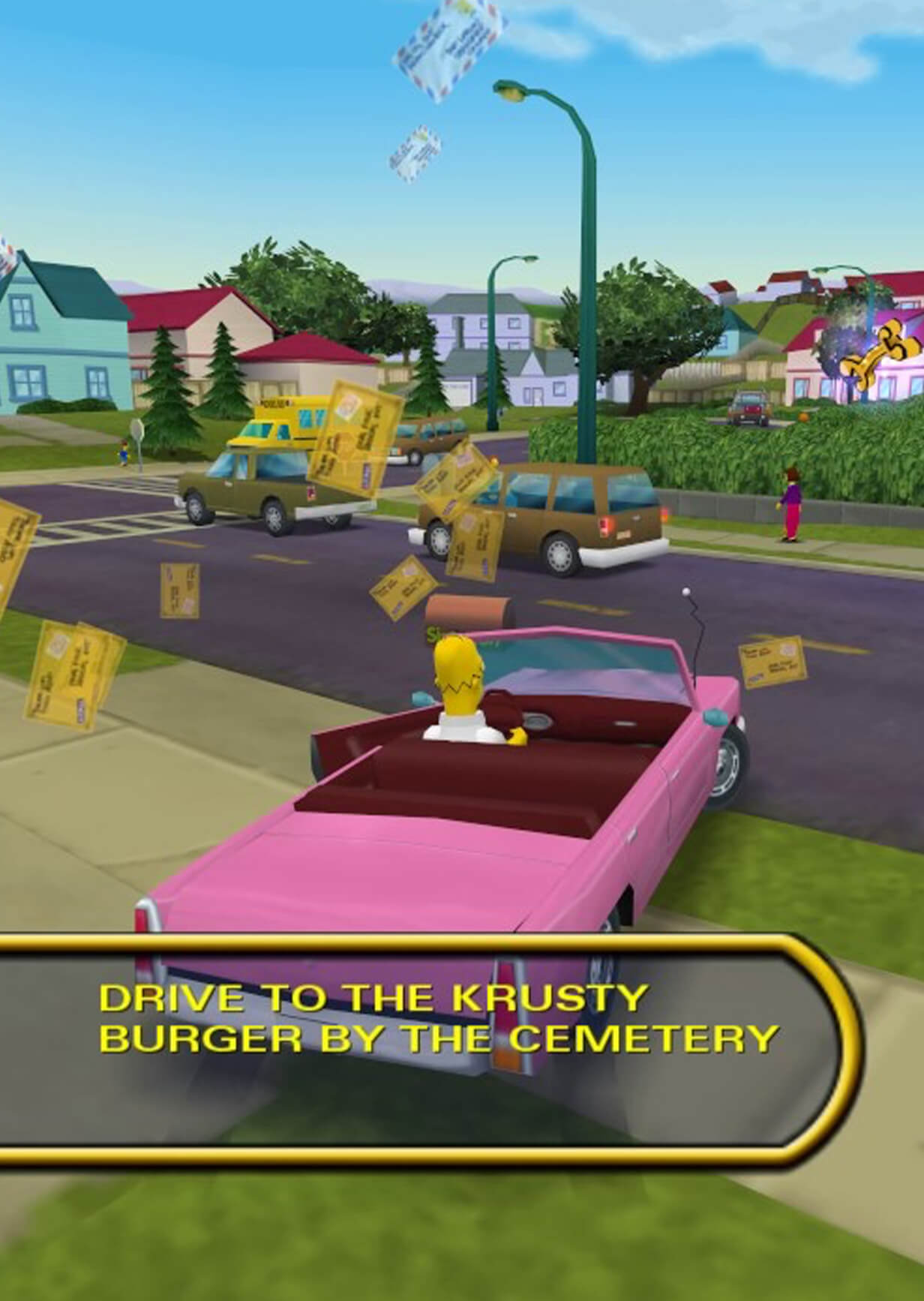 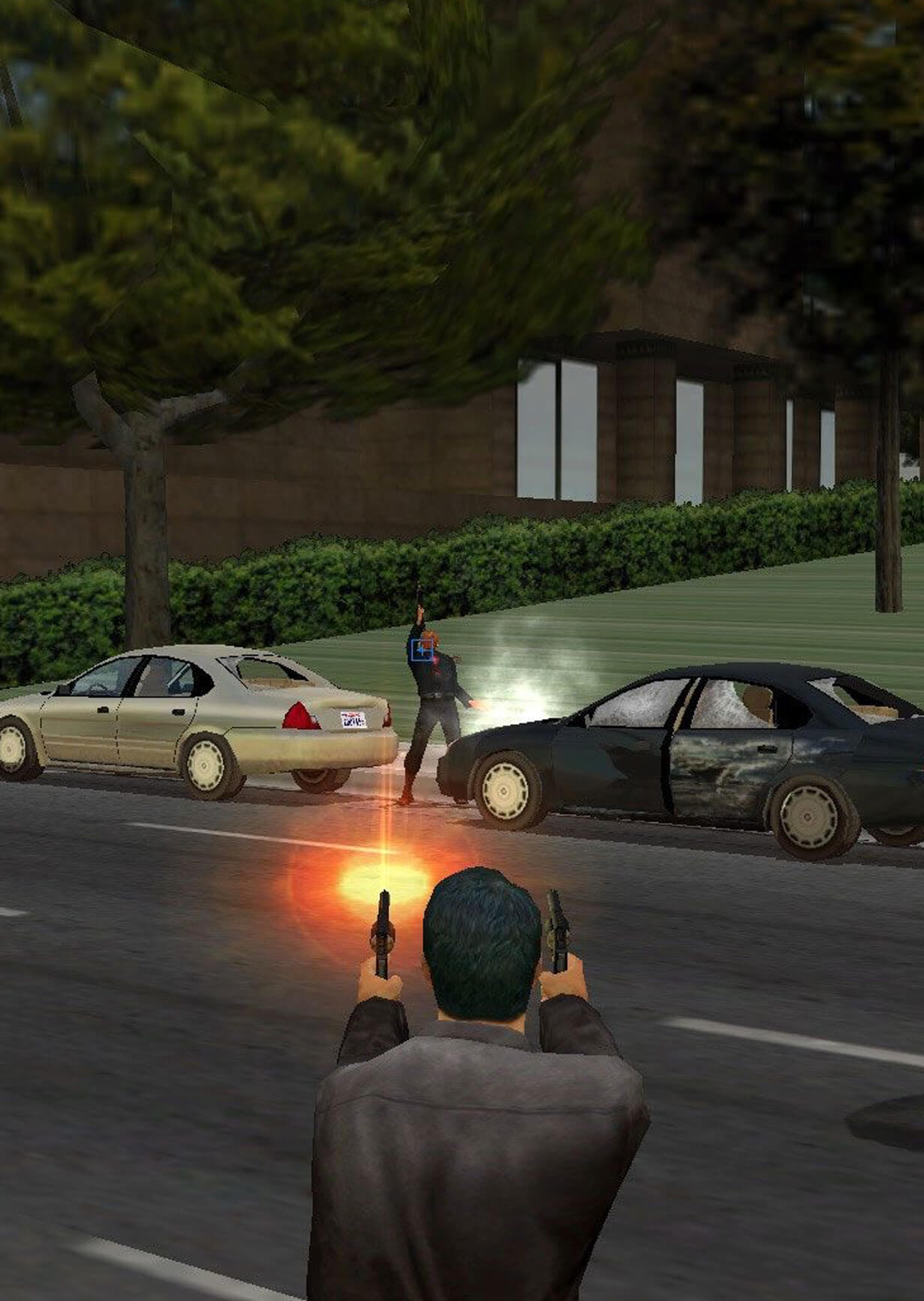 Developer Luxoflux delivers an extraordinary alternative to the Grand Theft Auto series, instead telling the story from the perspective of law enforcement.

This open-world adventure accurately recreates areas of Los Angeles, giving the player a chance to travel across the city whilst creating havoc or following the storyline at their own pace. Like Grand Theft Auto, many of the violent elements remain, but instead of a life of crime, the player controls LAPD Detective Nicholas Kang, and using the "Good Cop/Bad Cop" meter, you control what side of the law you wish to remain.

Part of the "Elite Operations Division" (E.O.D.), Kang (voiced by Russell Wong) is the son of Henry Wilson, a detective whose disappearance twenty years previously has remained unsolved. As you speak to various detectives, gangsters and acquaintances throughout the main story, you find out that Kang’s father was involved in a drug trafficking scandal in the 1970s, linked to counterfeit money. As the trail of lies and corruption link to the Triad crime syndicate and Russian mafia, you soon find yourself working with the FBI in an effort to build a case against the leaders of both organisations. Later, ties to the North Korean army, who are also behind the counterfeit/laundering scam, follow in a tense standoff between Kang and General Han Yu Kim.

The shooting, fighting, stealth and driving side missions offer real variety, ranging from solving crimes given by the radio dispatcher to patrolling the streets, whilst the consequences of your actions affect the outcome of your character. Michelle Rodriguez, Christopher Walken, Gary Oldman and Michael Madsen make up a stellar cast of voice actors in this rich campaign and wonderfully executed environment.

The fifth entry by developers Neversoft in the Tony Hawk's series is quite possibly the best.

Taking took a huge leap forward; Neversoft reinvented what was already successful to offer better progression within the campaign mode. Tony Hawk’s Underground gives your character the chance to try and become a famous skater, providing off-the-board mobility, offering more of a role-playing style of game. Whilst still exploring levels, completing goals and performing tricks, you can hop off your board and explore on foot. With the option of using your own created character, the campaign mode offered more of a plot as you and your friend Eric bid to become professionals; they begin to slowly grow apart and soon fall out.

Set in New Jersey, as you and your friend Eric start shooting skating videos in a bid to be recognised, professional skater Stacy Peralta soon takes notice and takes them under his wing. After entering several contests across North America, filming various tricks along the way, Eric betrays you, editing the videos to take full credit, and soon becomes a professional. You must follow Eric to Russia, and back home to New Jersey in order to take back the real video footage to clear your name.

I had a lot of fun in skate editor and loved the last man standing Firefight mode, which provided an interesting combat element to the multiplayer mini games, alongside favourites Trick Attack, Graffiti, HORSE and King of the Hill.

Well-designed with impressive aesthetics, giving a realistic portrayal of real-world skaters with a whole new level of depth, Underground was a welcome change to this incredible skateboarding franchise. 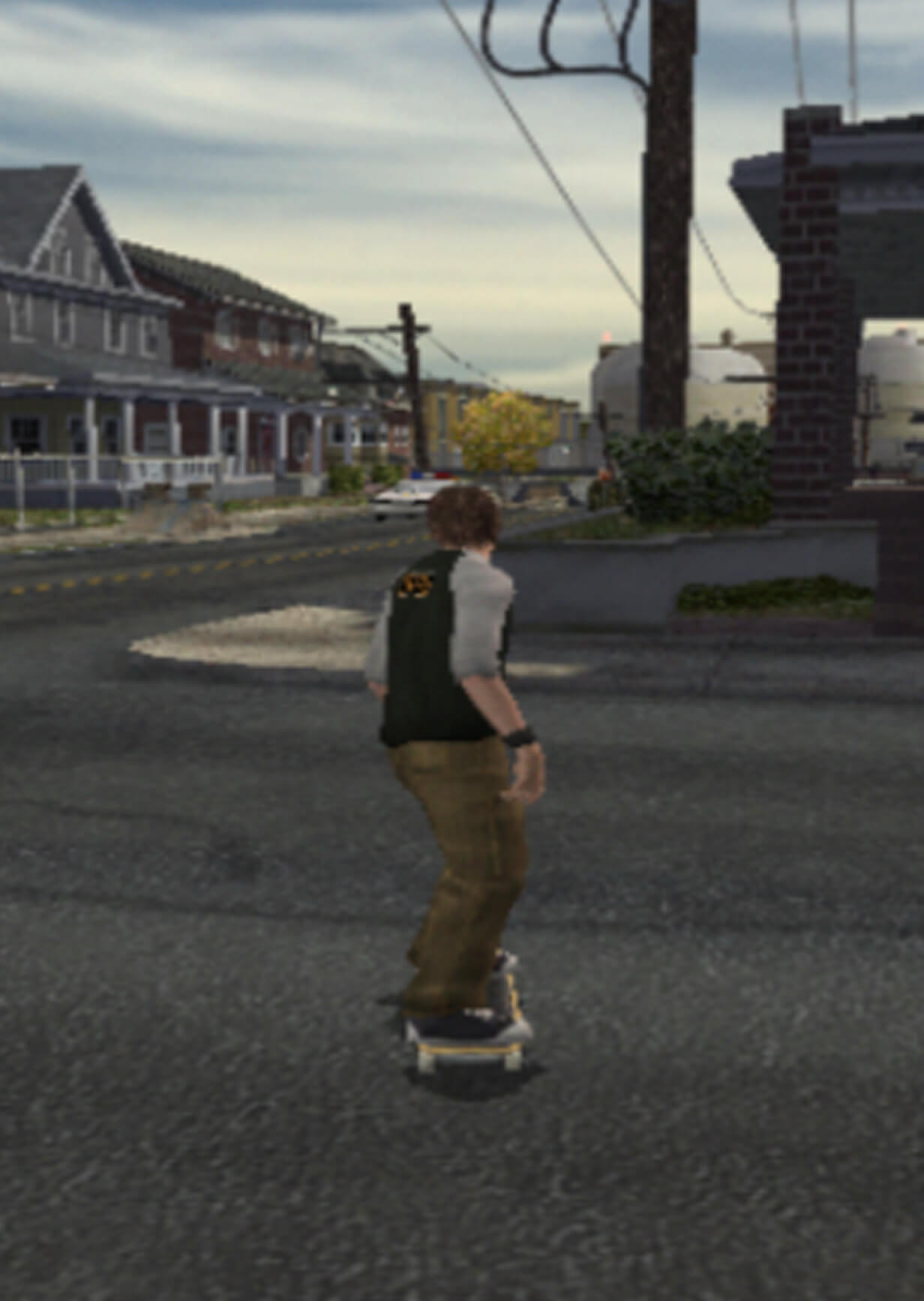 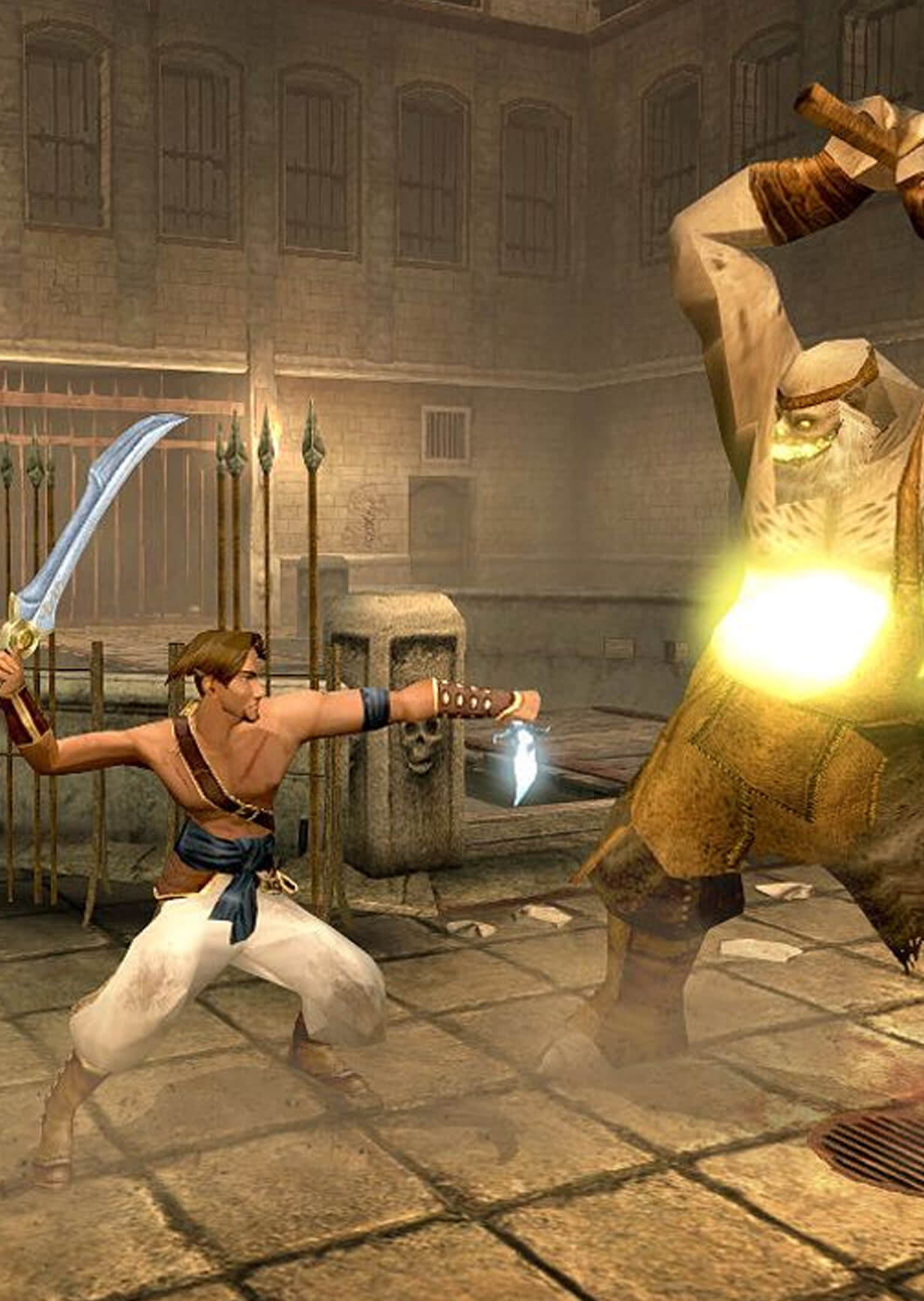 Prince of Persia: Sands of Time

Acting as a reboot of the 1989 classic Prince of Persia, Sands of Time takes puzzle platforming ideas from the original game, mixing it with slick combat and a time bending mechanic.

During an attack on his father’s army in India, the Prince loots an artefact called the Dagger of Time. After being tricked by a Vizier of a local Maharaja, the Prince unknowingly releases the Sands of Time turning everyone but the Prince, the Vizier and the Maharaja’s daughter Farah into sand monsters. The Prince allies with Farah to undo the damaged he has caused and to prevent the Sands from covering the world.

During the game, you use the Prince’s acrobatic skills to navigate a deluge of tricky obstacles and traps whilst traversing the game world, including wall running, climbing and swinging.

The best part of all is using the Sands of Time to slow down, freeze or rewind time, so if for example you’re about to land in a spike pit, you can rewind time to safely place you back on the ledge. The Sand is collected from slain enemies, so it’s always a worry if you have enough in reserve.