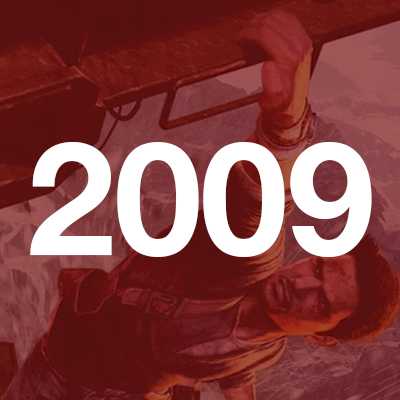 Exploring our favourite video games from the year 2009

This blog series is all about the best games of the last 20 years. George and Matt from the Monitor Audio team take a look at each year and pick their favourites. In this post, we’ll be going back to the year 2009.

2009 is the year that everyone else jumped on the motion control bandwagon popularised by the Nintendo Wii, with Sony unveiling the PlayStation Move (still around today as part of PSVR). Luckily none of the games we picked featured any of these motion controls! New game series started out including Batman Arkham, Borderlands and JustDance to name a few. 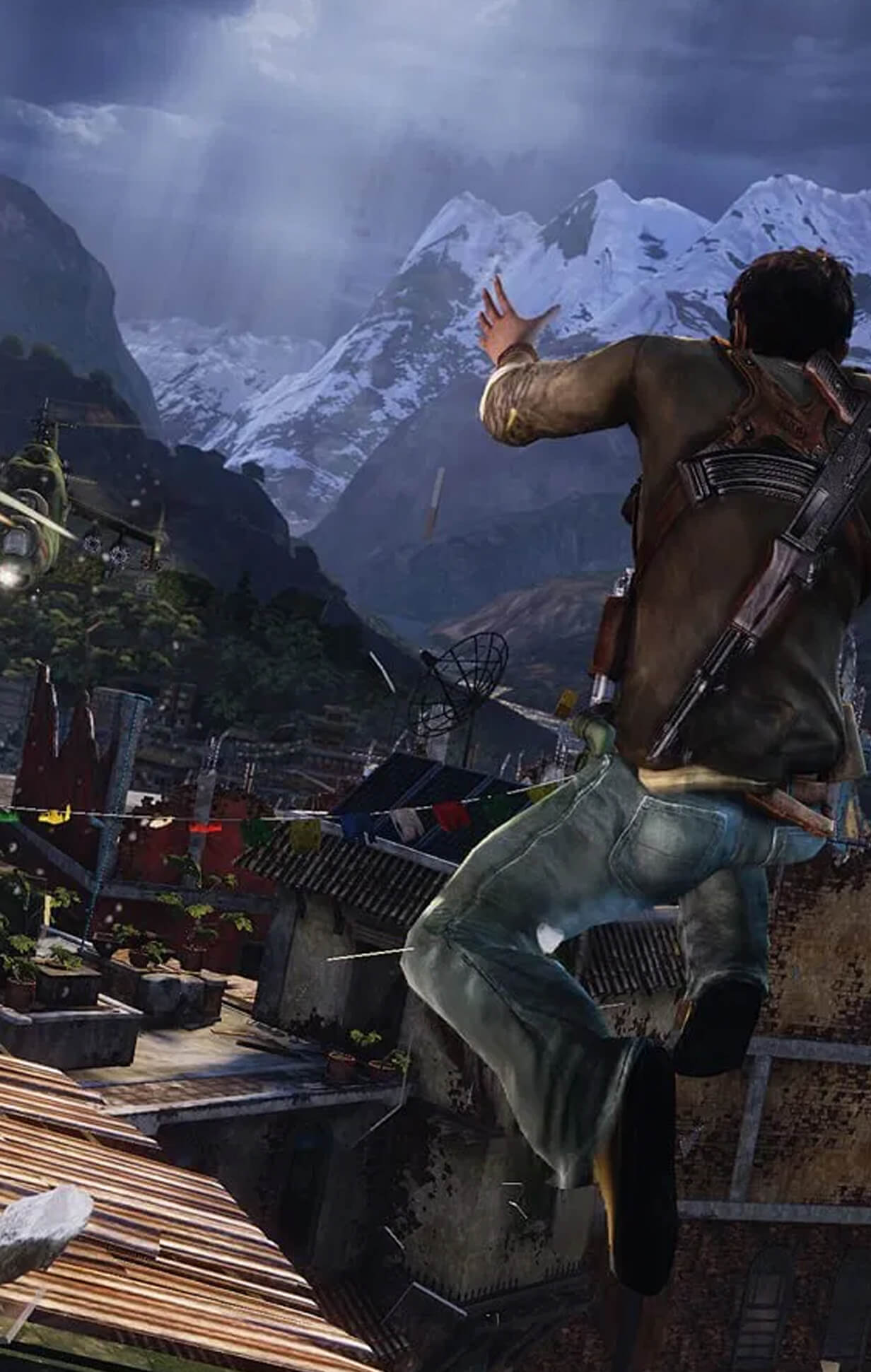 Following up on Drake’s Fortune, developers Naughty Dog return with a new epic adventure, as you search for the Cintamani Stone.

You continue as explorer Nathan Drake, set two years after your first adventure, you are approached to help steal an oil lamp, connected to Marco Polo’s voyage to China in 1292. Alongside associate Harry Flynn and his girlfriend Chloe Frazer, you plan to take the treasure from Flynn’s client, retrieving it from a museum in Istanbul. A map inside the lamp tells the group of the fabled city of Shambhala, discovering that the Cintamani Stone, from the mythical city, is now in Borneo. Drake is arrested after Flynn deceives him, leading to Chloe and friend Victor breaking him out of jail.

War criminal Zoran Lazarević is working alongside Flynn to find the stone, but with Chloe working as a mole, Drake and Victor access his camp. After discovering a temple full of bodies, a map indicates that the stone is still in Shambhala and after being chased down by Flynn, they set sail for Nepal. Drake and Chloe arrive in Nepal and find journalist Elena tracking Lazarević's mercenaries down. Lazarević comes close to catching them all, whilst Chloe maintains her cover; Lazarević sets out to the Himalayas, closely tracked by Drake and Elena. Drake and Elena catch up to Lazarević on his train, but after finding Chloe, Flynn corners them, leading to Drake causing an explosion to escape, leading the train to derail. After Tenzin, a Tibetan Sherpa saves Drake, he reunites with Elena and with the advice of Schäfer, a German explorer, they navigate caves before Lazarević’s men catch up. As they trail Lazarević to Shambhala, Chloe helps them find a monastery, where Schäfer warns them to destroy the stone before Lazarević can obtain its power.

Lazarević finds Chloe, Nate and Elena, as they are about to unlock a secret passage to Shambhala, underneath the monastery. After forcing them through, guardians of the Shambhala attack, but the group escape. They discover the stone, which contains fossilised tree resin, giving the drinker inhuman powers. After Flynn unsuccessfully attacks them, Lazarević drinks the sap, but Drake sets off explosives and alongside Elena and Chloe, they escape to the village, as the city crumbles behind them, leaving Lazarević to be killed by the guardians.

Building on the previous game, the puzzles were far more frequent and engaging, requiring you to really study your surrounding. The multiplayer was fantastic, but it was the main story that captivated me with its solid high-octane action.

From the studio that brought us the Sly Cooper game series, Sucker Punch stepped it up a gear with this open world game about an ordinary guy who develops superpowers and his fight back against the oppressive government.

Set on the island Empire City, the premise of the game is built around the partial destruction of the Historic District by a mysterious blast, then an outbreak of a viral infection forcing the government to shut it’s only connection to the mainland. The city is overrun with violent crime and gang rule results in societal collapse.

You play as Cole, a courier who is caught up in the blast which leaves him with the ability to absorb and project electricity. Cole is accused of the explosion, marking him as a terrorist, as he opened a package containing a device called the ‘Ray Sphere’.

From here, the player can choose to use Cole’s powers for good or evil, when you do good, a scale rewards you for heroism, whilst if you harm people and destroy property, the scale rewards you in a different way for infamousness through the ‘Karma system’.

There are also other people effected by the blast who become your allies or enemies, developing powers collectively known as ‘Conduits’.

With intriguing gameplay and great style, Infamous was a critical and commercial success, spawning several sequels and a spin-off. 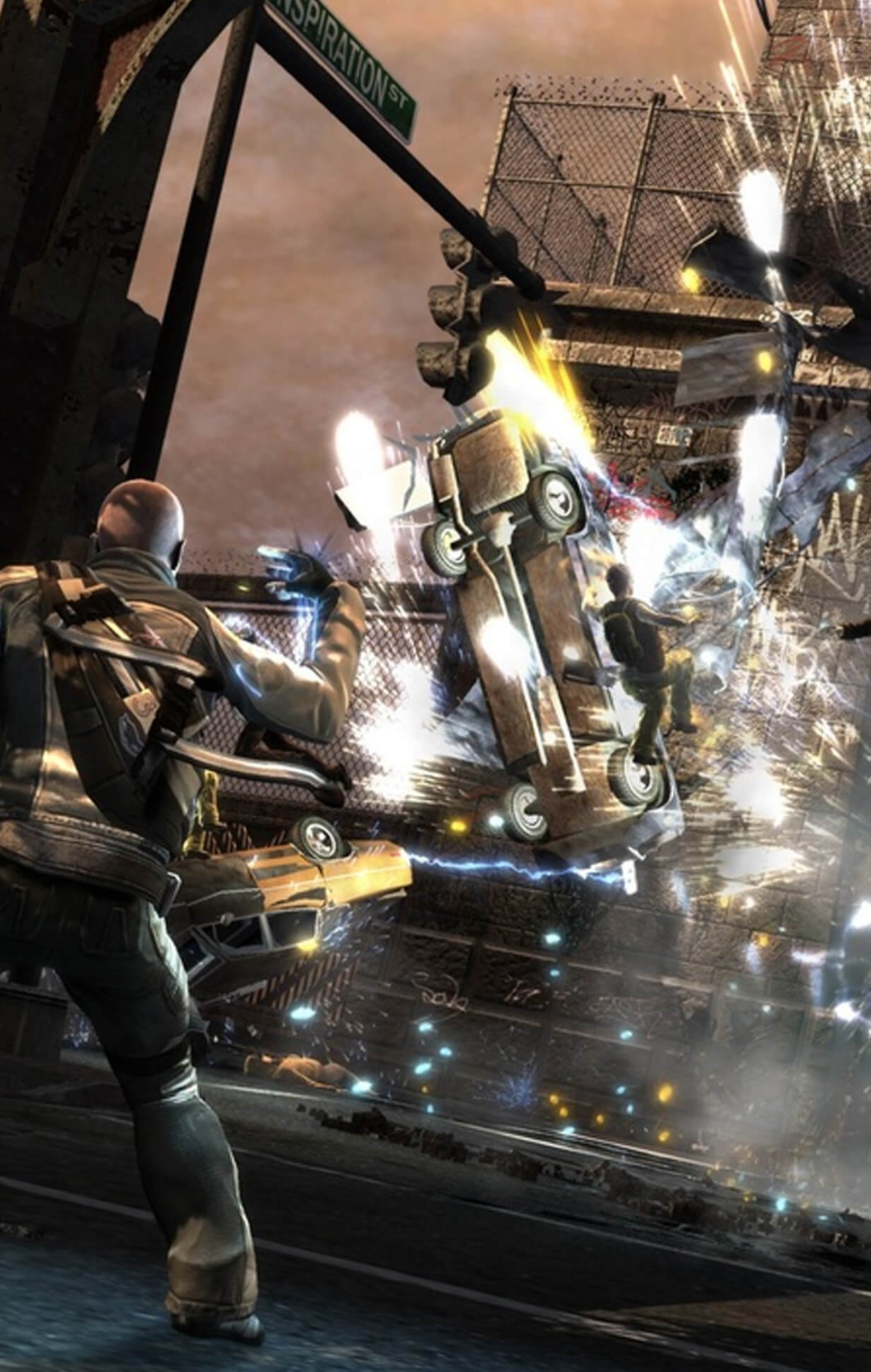 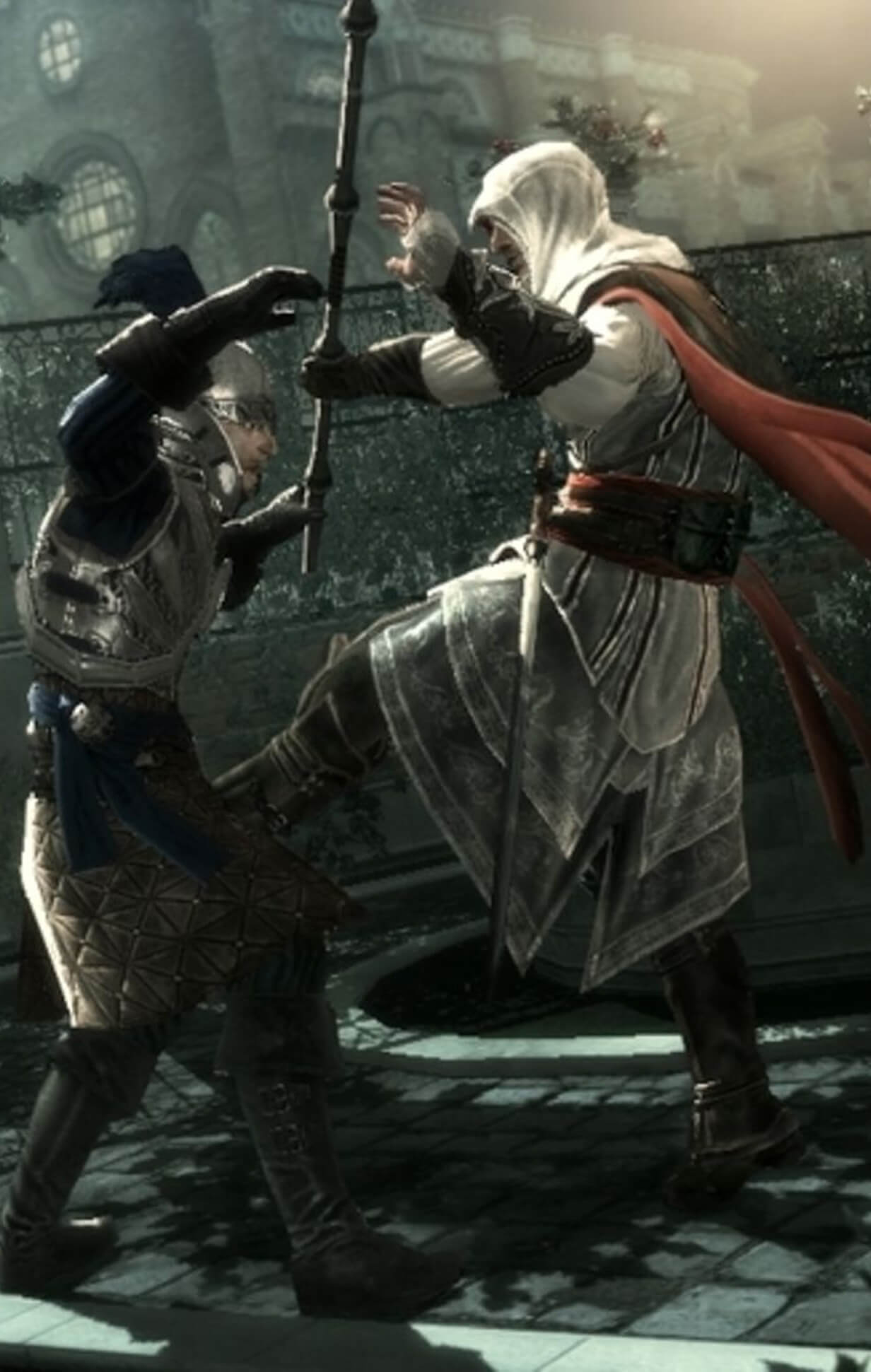 This action-adventure sequel from developers Ubisoft Montreal continued to follow Desmond Miles as he relives the genetic memories of his ancestors.

Desmond Miles, a descendant of a long line of other Assassins, is rescued by Lucy, a fellow Assassin and taken to a safe house. Alongside historian Shaun and technician Rebecca, the group present their own version of the Animus, a VR machine, allowing the user to relive past events and discover hidden data.

The ancestor he is tasked with investigating is Ezio Auditore da Firenze, following his family’s heritage in the late 15th century. As you witness Ezio become a young man during the Italian Renaissance in Florence, a corrupt magistrate hangs Ezio’s father and brothers. Ezio’s uncle Mario trains him to become an Assassin, like his late father and he then begins on a crusade to find the people responsible. Using his new stealth like abilities, you travel across Florence, Forlì, and Venice, seeking our crooked bankers, mercenaries and politicians. The information leads to Rodrigo Borgia, a Templar grandmaster, who has been working to secure all of Italy for the Templar Order by unifying the corrupt officials behind his leadership. After confronting him, Ezio acquires the Apple of Eden, a sphere-shaped piece of technology. After Rodrigo reveals information about a vault, containing great power, he escapes and Ezio brings the Apple to Mario, before being inducted to the Assassins ancient order.

After being previously kidnapped by Abstergo Industries, the world's largest pharmaceutical conglomerate, Desmond discovers another memory, featuring another of his ancestors, Altaïr Ibn-La'Ahad. Deciphering drawings from his cell, the group conclude that a vision of two human slaves stealing an Apple could reveal them to be the first man and woman, Adam and Eve. Desmond carries out his final task, set in 1499, he looks to infiltrate Vatican City and confront Rodrigo, now in his position as the Pope. He soon accesses the vault, meeting Roman goddess Minerva. Before vanishing, she tells him that vault is used to preserve technology, used as a measure against a future disaster, like that of the solar flare that first wiped out civilisation. As Abstergo agents enter the hideout, Desmond and his team escape, but after a solar flare that could again threaten humanity is detected, they move to the next location and Desmond enters another Animus.

Astonishing gameplay and visuals, with an heroic tale of vengeance. Whilst climbing to the highest structure, I fell in love with the beautiful City of Florence. In an open world, full of activities, it brought fun and a real sense of euphoria.

Inspired by the comic book, developers Rocksteady Studios brought us Arkham Asylum, focusing on DC Comics superhero Batman as he clashes with the Joker.

After a fire at Blackgate Prison, members of the Jokers gang are brought to Arkham Asylum. Joker assaults representatives at Gotham City Hall and is apprehended by Batman. On the way to Arkham Asylum, he believes Joker’s assault was a ruse to ensure he could meet with his gang, so he accompanies him. Meanwhile, Harley Quinn, Jokers sidekick, takes control of the security and when Joker arrives, corrupt guards allow Joker to escape into the facility, whilst Commissioner Gordon is kidnapped. As the criminally insane roam the facility, you control Batman, who must despatch of the criminals and hunt down the Joker.

The Joker ensures Batman doesn’t receive any help, after threatening to detonate bombs across Gotham City if anyone enters. The first job is to rescue Gordon, but the Scarecrow attacks Batman with toxin, initially making him believe Gordon is dead. After initially defeating him, Batman moves on and rescues Gordon, defeating Quinn in the process. Penelope Young, the asylum doctor had been experimenting on Bane with various drugs to help him in therapy. When Joker realises it’s had an adverse effect, he releases him, causing Batman to fight him. As Quinn escapes, Joker gets hold of even stronger drugs that the doctors had been developing, and learns that the plan was for Joker to use her drugs to create superhuman soldiers. Batman once again has to fight Scarecrow and his toxin, before destroying Jokers drugs. After initially saving her, an explosion kills Young and when Quinn releases Poison Ivy, Batman finds and locks her back up.

After finding plants containing the drugs Joker desires, Ivy agrees to help Batman to create an antidote, which includes ingredients found in Killer Croc’s sewer. As Joker injects Ivy with the drug, Scarecrows latest attempt to kill Batman ends when Killer Croc drowns him, allowing Batman to return and defeat Ivy. Finally, a drug induced Joker has a stand off with Batman, but when the drugs wear off, Joker is arrested. Batman flies back to Gotham to find new villain Two-Face, as Gordon takes back control of the asylum.

I was impressed with the voice acting, sound, Riddler's puzzles and the variety of our favourite DC characters on show. With a great story and awesome challenge mode, this is by far the most incredible comic book game I’ve played. 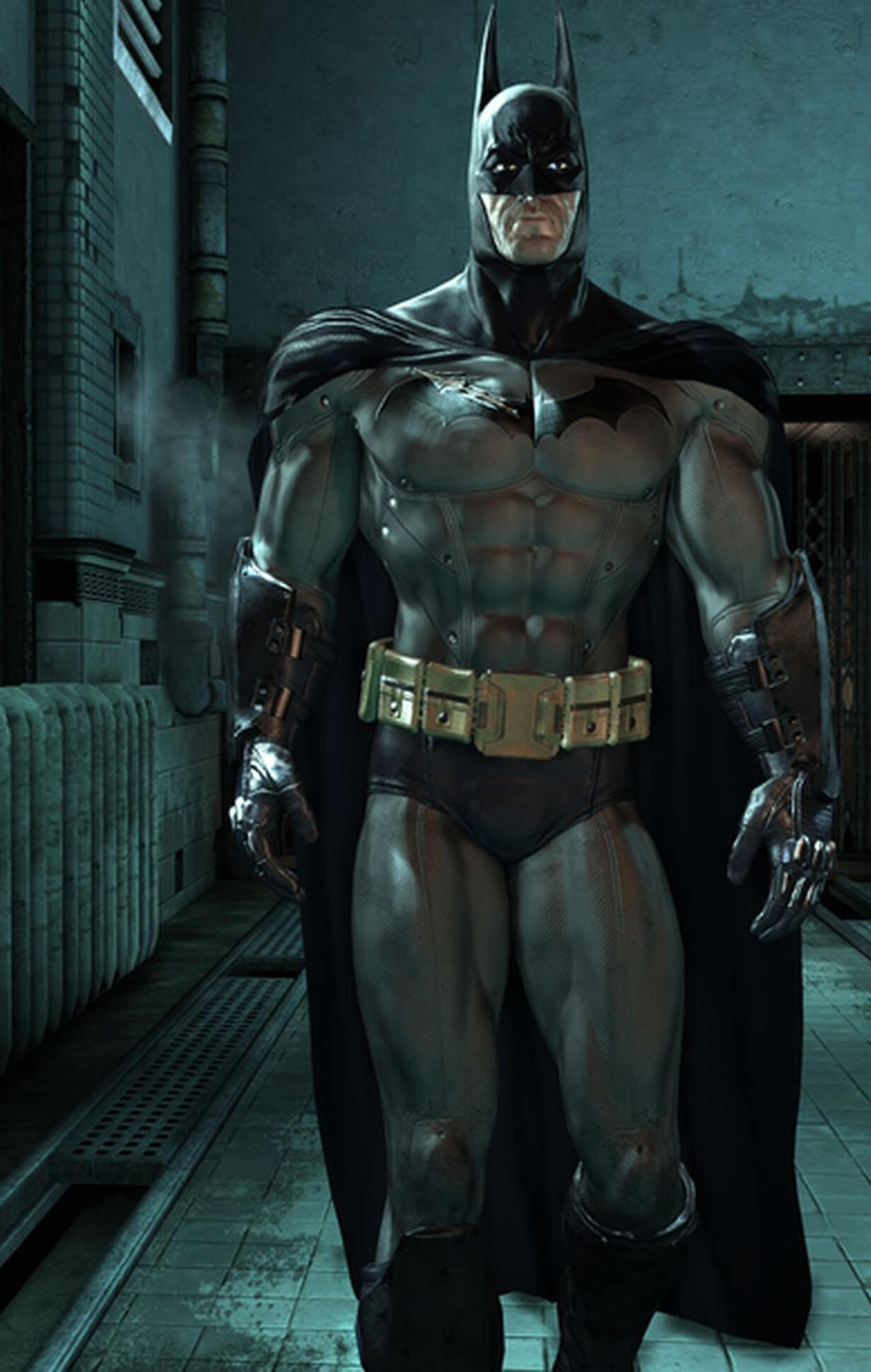 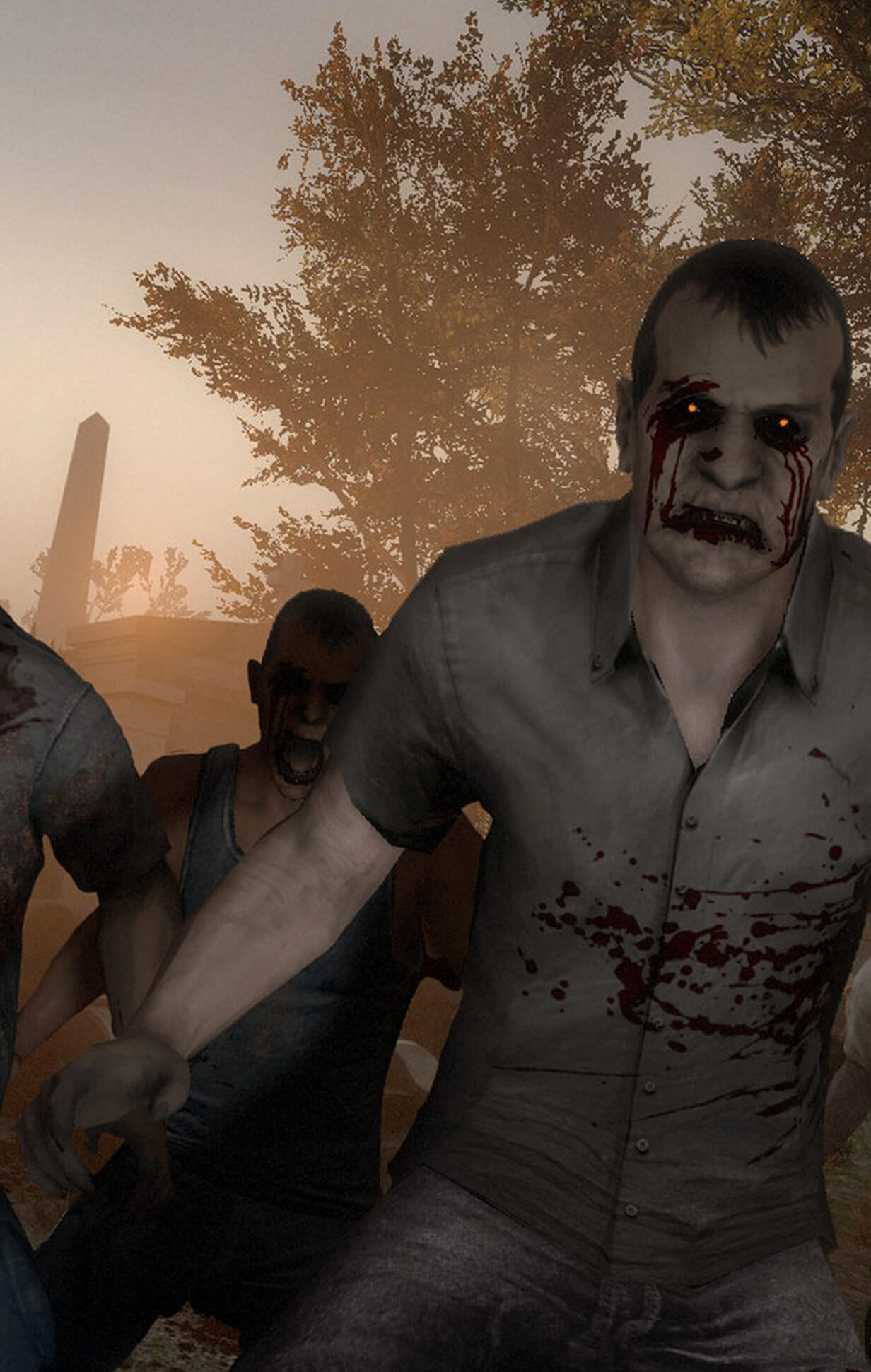 As the sequel to the frantic zombie shooter Left 4 Dead, the second game improves on just about everything, bringing us more mayhem and monsters from the minds of studio Valve.

Left 4 Dead 2 is set in the aftermath of a worldwide ‘Green Flu’ pandemic, that turns everyone who catches it into hyper-aggressive zombie-like creatures. You play as one of four immune survivors, who have to fight through hordes of the undead to reach extraction points to government safety zones.

As it’s an online co-op game, the story telling is loose, mainly being told through voiceover, whilst playing through the campaigns. Each character has their own storyline, which encourages you to play through each mission as each character, rather than sticking to one.

Along with the waves of normal zombies, other infected creatures are blended into the carnage, such as the “Boomer”, who explodes on death, spraying acid onto those around it. Also the “Witch” who, when provoked, lets out a deafening scream and kills players in one hit.

If you like a challenge, Left 4 Dead 2 is definitely one to try!