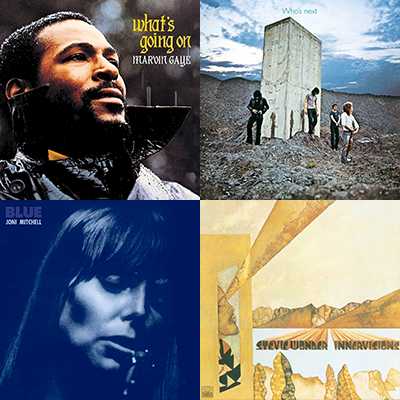 As we celebrate our 50th anniversary, we look back at the music that defined the seventies, from Marvin Gaye to Joni Mitchell.

We have picked out our favourite songs from the albums below. Check out our 70's playlist.

We’ve been doing extraordinary things with sound since 1972. Read more about our “Golden Jubilee”. 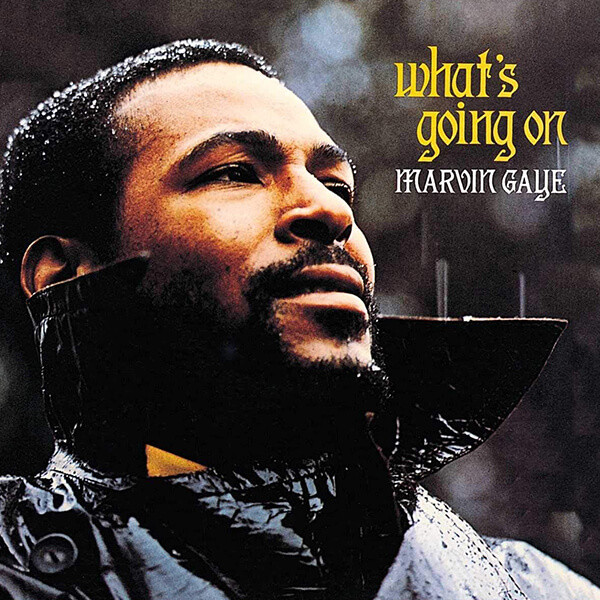 Released through Tamla Records, on May 21, 1971, What’s Going On was legendary soul singer Marvin Gaye's impeccable eleventh studio album. With jazz, gospel and classical music orchestration, the album, which was driven by cultural conflict, stayed on the charts for over a year; and in 1985, the NME voted it the best album of all time. In all, Gaye released 25 studio albums, four live albums, one soundtrack album, 24 compilation albums, and 83 singles and has a Grammy Lifetime Achievement Award and Rock and Roll Hall of Fame to his name.

The Who | Track, Decca

An immediate success when it was released, The Who's fifth studio album Who’s Next featured the famous cover image, inspired by Stanley Kubrick’s 2001: A Space Odyssey. Released on 14 August 1971, the album had everything; rock-solid bass, frenzied drumming and crashing guitar chords. Regarded as one of the best rock albums of all time, it was later inducted into the Grammy Hall of Fame, influencing the likes of Aerosmith, AC/DC, and Guns N Roses. 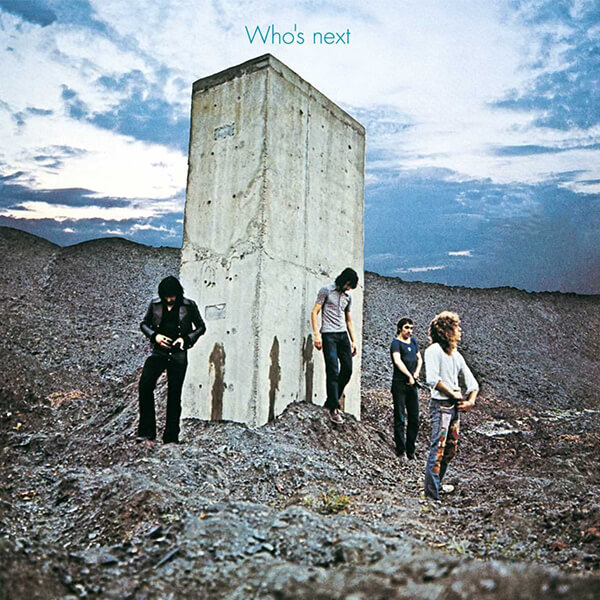 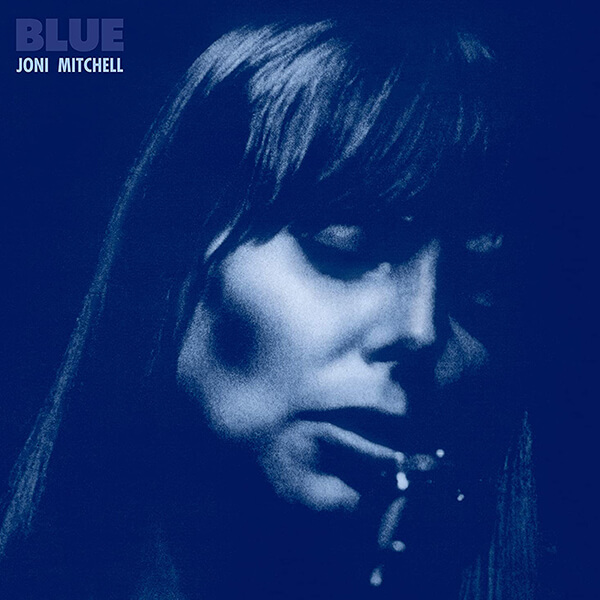 Recorded at the legendary A&M Studios in Hollywood, Joni Mitchell’s Blue would forever change the mould for break-up albums. The folk rock icon released her fourth studio album on June 22, 1971, later regarded by The New York Times as an album that represented "turning points and pinnacles in 20th-century popular music”. Frequently called one of the greatest songwriters ever, Joni Mitchell went on to release nineteen studio albums.

Highlights: River, A Case of You, The Last Time I Saw Richard

On August 3, 1973, Innervisions was released through Tamla Records, by Soul musician Stevie Wonder. Performing as a one-man band, his sixteenth studio album was revered for Wonder's producing, composing and singing, and was later inducted into the Grammy Hall of Fame. Stevie Wonder’s pioneering work in synthesised and electronic sounds has seen him become an inspiration to musicians all over the world, across multiple genres.

Highlights: Living For The City, Higher Ground, Don’t You Worry ‘Bout A Thing 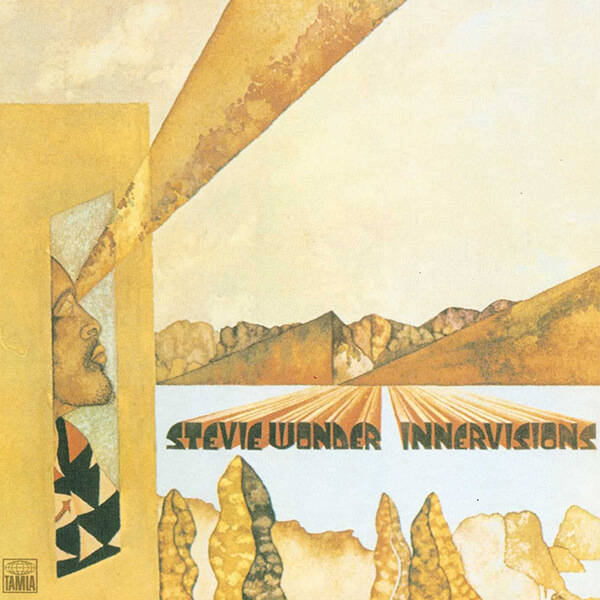 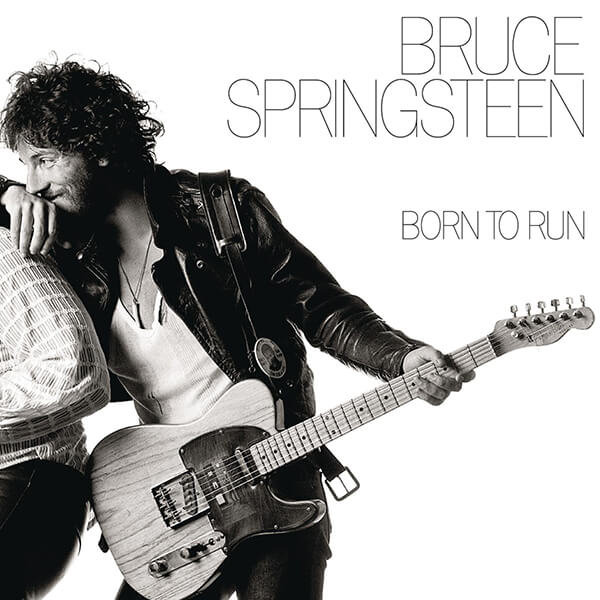 Surprisingly, Born to Run was Springsteen’s first top 10 album, after previously struggling with slow sales, his exhilarating third studio album launched him to mainstream success. The album was released in August 25, 1975 and was originally composed on piano. Springsteen started writing the album’s iconic title track when he was just 24 years old and in 2003, the album was selected for preservation in the National Recording Registry. Springsteen went on to become a rock and roll icon and is among the world's best-selling music artists.

Three years after Innervisions, on September 28, 1976, Stevie Wonder released Songs in the Key of Life, his eighteenth studio album. Following an historic record deal and back-to-back critical success, Wonder's further cemented his legacy. Having returned from brink of retirement to create this masterpiece, the album has been selected for preservation in the National Recording Registry, certified Diamond by the RIAA and inducted into the Grammy Hall of Fame.

Highlights: Sir Duke, I Wish, As 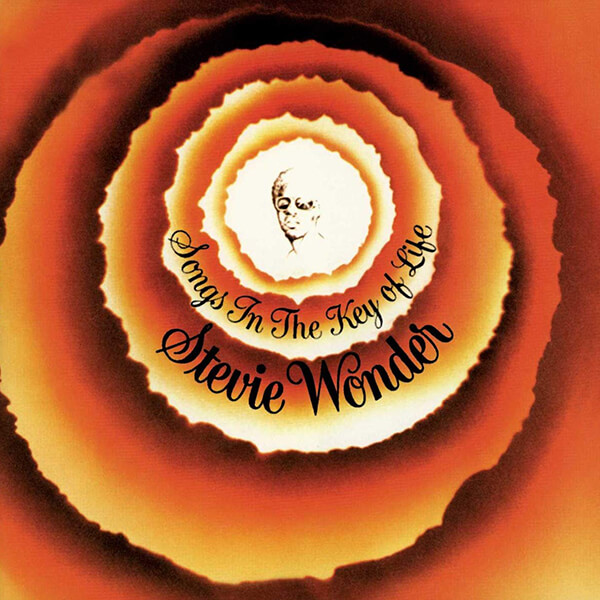 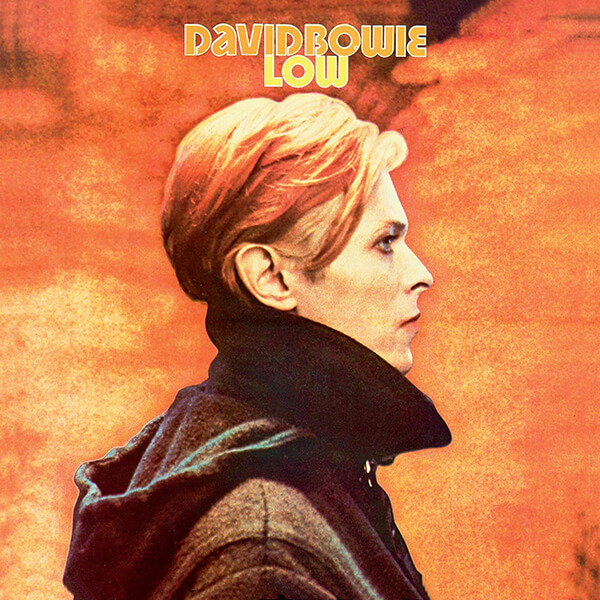 On 14 January 1977, English musician David Bowie released his eleventh studio album. The first of three records, known as the Berlin Trilogy, Low had a short running time, was extremely experimental and despite its initial mixed reaction, was seen a huge turning point for Bowie’s sound. His atmospheric ‘mood’ music was hugely influenced by working with Brian Eno and his strangely hypnotic sound inspired the likes of Joy Division, The Cure and The Smiths.

In the aftermath of relationship breakups among the bands members, rockers Fleetwood Mac released their compelling eleventh studio album. With a mix of acoustic and electric instrumentation, Rumours achieved widespread acclaim and instant success. Released on the 4 February 1977, Rumours is possibly the most important album the band have released. It was later selected for preservation in the National Recording Registry and inducted into the Grammy Hall of Fame.

Highlights: Dreams, Go Your Own Way, The Chain 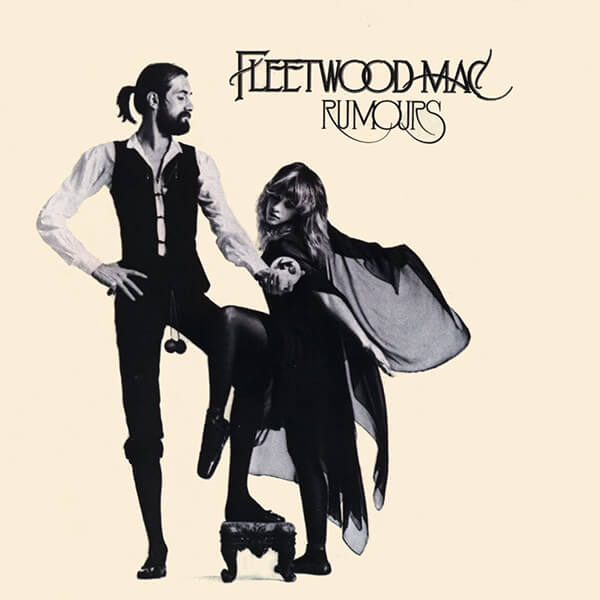 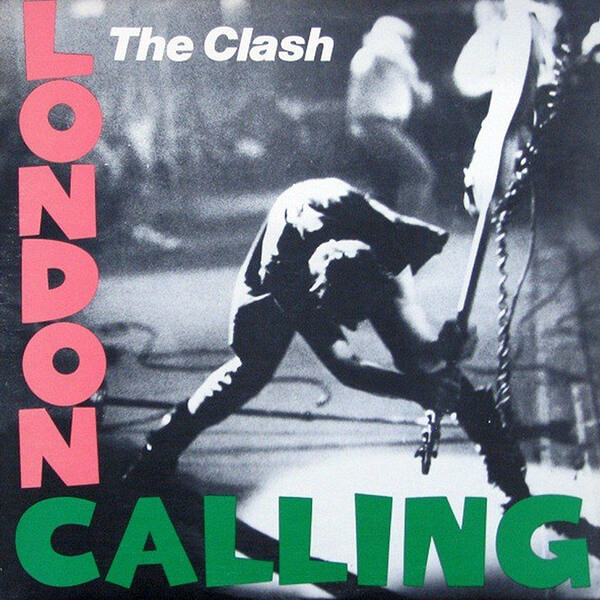 Met with widespread critical acclaim, London Calling was the third studio album by iconic English rock band The Clash. Already key players in the original wave of British punk rock, the album, which was released on 14 December 1979, took influence from other genres, such as jazz, reggae and New Orleans R&B. Later inducted into the Rock and Roll Hall of Fame, The Clash were known for their intense stage performances and were instrumental for bands such as Manic Street Preachers, Green Day and The Libertines.

American singer Michael Jackson put the Motown years behind him for his fifth solo studio album Off the Wall. The album was released on 10 August 1979 and was produced by the legendary Quincy Jones. With a mix of pop, funk and R&B, Jackson switched up his style to release an album designed to appeal to a different demographic. Certified 9× Platinum by RIAA, Off the Wall epitomised the peak of the disco era and was a clear sign of what Jackson would go on to become.

Highlights: Don’t Stop ’Til You Get Enough, Rock with You, Off the Wall 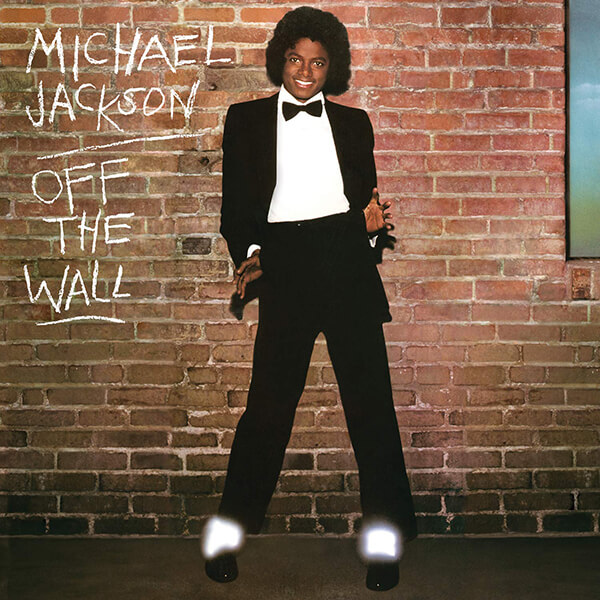