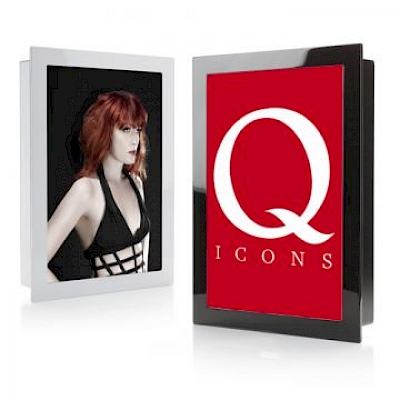 Posted in: Company News and Events

Q – the UK’s biggest selling monthly music magazine – will be celebrating 25 years of iconic photography with it’s first major photo exhibition, to be held from the 7th-9th of October at Red Bull Studios, Tooley Street in London.

The exhibition is the latest event to mark the 25th anniversary of Q , a magazine which has shaped and influenced the UK music scene for two and a half decades. Every significant act to have emerged in that time – from U2 to Adele, Oasis to Rihanna, Radiohead to Laura Marling, Jay-Z to Florence And The Machine, and countless more besides – has graced the magazine’s hallowed cover and here for the first time some of that imagery will be exhibited.

In collaboration with Monitor Audio, Q have had these iconic images printed on one-off SoundFrames to provide a seamless sonic backdrop to the show.

The exhibition, is timed to coincide with Q magazine’s 25th Anniversary issue (out 27th September), which includes a celebratory ten page feature, sponsored by Monitor Audio, showcasing a selection of favourite and previously unpublished images from the Q archive.