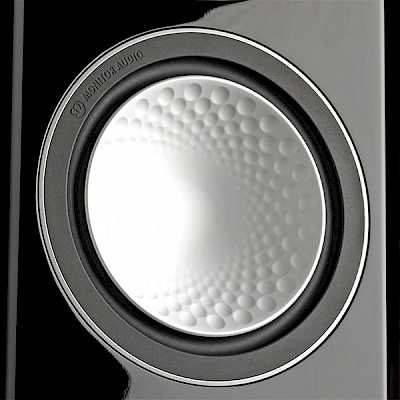 The Rigid Surface Technology (RST) cone profile is inspired by the Japanese art of Origami, which demonstrates how a very light material (like paper) can be strengthened and made more rigid by making small and precise folds on its surface. Monitor Audio has applied this principle in designing the CAM/RST cones for the GX and RX ranges. Developed and perfected using sophisticated computer modelling (Finite Element Analysis), the GX mid and bass driver cones have been strengthened by a series of radial ribs; the RX driver cones by a pattern of dimples. Our simulations have proved that RST significantly increases cone rigidity, allowing the radiating surfaces to resist mechanical bending forces, which can twist the shape of conventional driver cones to produce distorted sound. The strengthening effect of RST means that we can use thinner, lighter and more responsive C-CAM cones, which provide speed and accuracy while offering greatly reduced distortion. The RST patterns also help to displace standing waves that can propagate on the cone's surface.