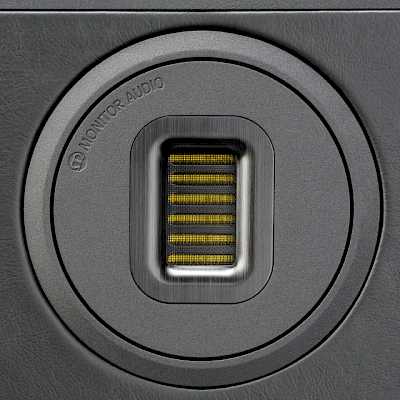 Developed over many months of intensive testing and listening, the MPD High Frequency Transducer is a landmark achievement by the engineering team for Platinum II. It represents an imaginative re-working of an existing technology, transforming a successful idea into an audiophile super-driver, having greater accuracy and efficiency than ever before. Using a new, proprietary low-mass pleated diaphragm with a surface area eight times larger than that of a traditional dome tweeter, the MPD transducer works like a super-fast accordion by rapidly squeezing the pleats to produce a smooth, wide, naturally fast response up to 100 kHz. As a result it sounds more lifelike, releasing the high harmonic spectrum of every note without the distortion that blurs definition.