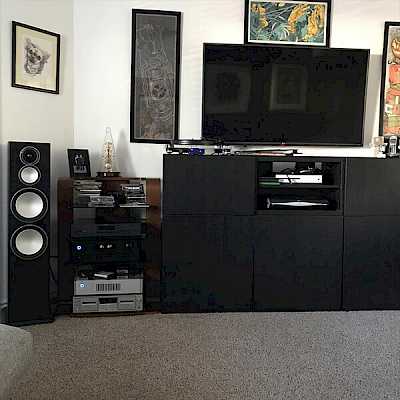 We spoke to Instagram follower @sanspeur1976 about his audio equipment, record collection and his favourite albums 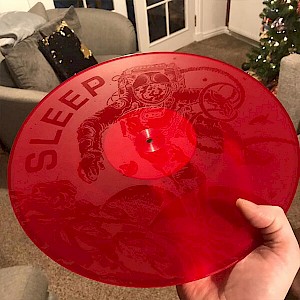 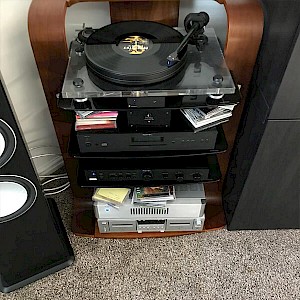 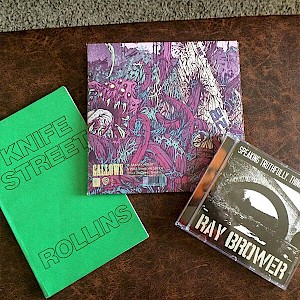 I started collecting records when I was 14, when my parents bought me Guns ‘n Roses’ “Appetite For Destruction”. My Dad always told me to buy records and copy them to tape to preserve the quality, and that records should be listened to when you have time to enjoy the quality. I stepped away from records in favour of CDs in the early 90s when I got my first Hi-Fi with a CD player and a Sony Discman.  My early musical endeavours were always metal based, Guns n’ Roses, Mötley Crüe, Aerosmith, but pretty soon thereafter my tastes evolved as I went further down the rabbit hole. I was given a tape of Metallica’s “Ride the Lightning” and Slayers’ “South of Heaven” which blew me away.  From there my tastes developed into new styles of metal. Faith No More, Red Hot Chili Peppers, Morbid Angel, Mordred etc. Mostly whatever new emerging iterations of metal I could find.

I got my first proper HiFi system at 17 which was an Aiwa separates set up that cost me £900 in 1993 money. I was so proud of it as the quality of the sound was beyond anything I had heard previously. It served me dutifully until I emigrated in 2000 and sold it on. My collecting of music had grown during that period too. Growing up there was always music in the house, The Beatles, Dr Hook, Neil Diamond, Creedance from Dad, ABBA, Leo Sayer and the Fame soundtracks from Mom. As a result my tastes kept evolving. In amongst the metal there was a smattering of classic American rock, pop, and even some rap. The appearance of grunge in the early 90’s opened me up to a whole new raft of bands, not only the grunge stalwarts but their influences, Black Flag, Minor Threat, Fugazie, Rollins Band etc.  The early 2000s were a bit of a light period for new music due to marriage, starting families, but around the mid 00s I returned to it with a gusto.

Being a little older my tastes had evolved, I was now finding interest in American hardcore punk in the form of more of the original hardcore bands that I had found along with the grunge bands but also the NYHC ones, Sick Of It All, Agnostic Front, Madball etc. Beyond the obvious I started to dig into noise, experimental music particularly John Zorn and Diamanda Galas.

In 2014 I purchased my first true HiFi system, a Rotel Integrated Amp and CD Player paired to some Bowers and Wilkins 685 standmount speakers. It was a revelation, the next week I added a Pro-Ject Debut Carbon Turntable.  This set up lasted around 18 months before I started to grow it.  The turntable was swapped first to my current one. Then I upgraded to my Monitor Audio Silver 10s which warranted a power amp to drive them.  From there things escalated quite quickly to the set up I now have. This past Christmas saw me add the new Class A/B balanced power amp and bi wire the speaker which brought them to a whole new level of clarity and warmth.

My stereo is at a point where I am content with it just now. Having said that the Platinum Series have piqued my interest but they are off towards the horizon for the time being. 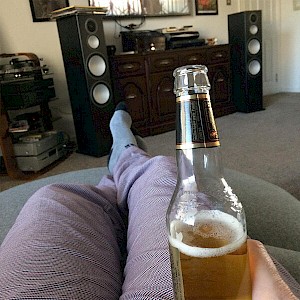 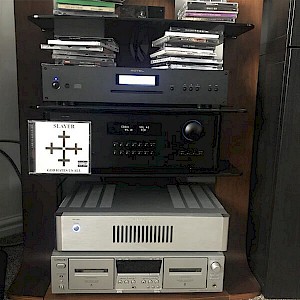 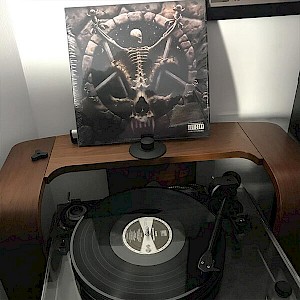 I have a few favourite records across a couple of different genres. “August and Everything After” by the Counting Crows is an amazing piece of storytelling painted across a beautiful landscape of music. A truly sublime beautiful piece of art.

“Angel Dust” by Faith No More was and still remains a masterpiece of “metal”. The nuance and textures within the album are genius and its influence can still be felt in today’s bands, some 27-28 years after its release. Pearl Jam’s “Vs.” was, to my mind, the pinnacle of grunge. It wasn’t mired down in the negativity I felt through some of the other bands in the scene.  It was punchy, driven and spoke of the positivity of a band seeing their work resonating with a generation. Rollins Band “End of Silence” and “Weight” are both very personal albums. Henry Rollins work, music and writing, has informed and guided the man I have become.

Without going Charles Manson and Helter Skelter on you, the music spoke to me directly, the lyrics summed up the way I felt, what I wanted to do and who I wanted to be in a way I never could pin down before. Moving forward Gallows albums “Grey Britain” and “Gallows”, while having different singers and different sounds are both amazing examples of visceral punk, thrown at your face with a reckless abandon for your survival. I was lucky enough to track down a test pressing of the former in Los Angeles and brought it home. I see it becoming a new generations “London Calling”, it’s that important. Outside of these my newly discovered love of Stoner, Doom and Jazz are yielding new favourites on an almost monthly basis. A standout of recent months is Coltranes “Giant Steps”, the mathematics and theory behind it a savant level and the execution is perfect. I can hear some of these time signatures echoing through the likes of Tool, Sleep and Mastodon.

All of this being said my all-time favourite album is Mr Bungle’s 1991 self-titled release. This album has elements and the feel of every record I have mentioned above, and is put together in such a manner that it provides a cohesive journey as you travel with it rather than listen. It gave the world the first insight to the genius of Mike Patton and an indication of who he would become and what he would give us. Beyond that though the musicianship and layout of the album required a level of intelligence and commitment from the listener that made my 15 year old mind feel I’d been brought into some form of musical illuminati. For these reasons and many more this would be my choice if I was limited to a single album for my whole life. 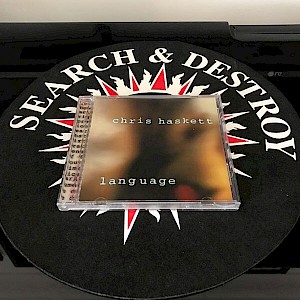 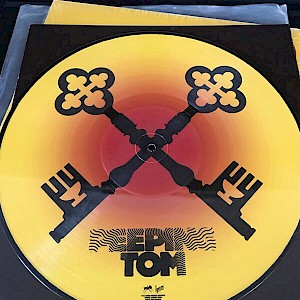 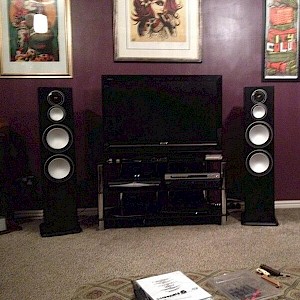 My current favourite music magazine is Metal Hammer but I recall the halcyon days of the early 90’s when we had NME, Melody Maker, Raw, Kerrang, RIP and various other magazines that heavily covered music. I would buy everything I could get my hands on and had extensive scrap books of Faith No More and Pearl Jam clippings. Nowadays my musical discoveries come from social media, the internet, Wikipedia and friends recommendations.

I’ve been lucky in that I met a friend when I was 16 who had the same tastes as I do with whom I’ve been having the same conversation to this day. We both discover new bands and feedback to one another when we find a gem. He’s the source of my new metal findings, particularly the doom and stoner rock of late. Technically he’s been telling me about Sleep for 15 years but I only recently started figuratively and literally listening to him.

Music, collecting and now Hi-Fi is so deeply woven into the construct of who I am that its shaped every decision I’ve made. The clothes I wore, my world view and the place I found myself in it. My discovery of Hi-Fi provided a tool to set the music free and give me a greater insight to its nuance, depth and feeling. The primal response that I got from the music I loved as a teen has been opened up and shown me the details that were lost within the sounds. The love, feeling and emotional response is all still there is now supplemented with texture, space and clarity that was like seeing the world in colour after a lifetime of black and white.