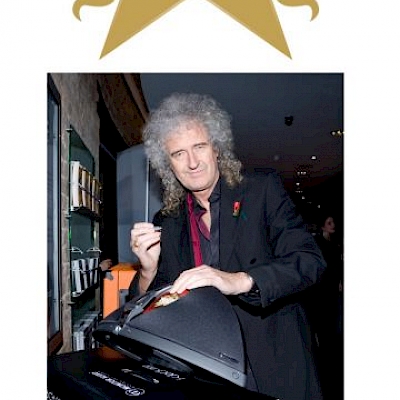 Posted in: Company News and Events

Monitor Audio joined the world of rock to honour the living Legends and the best new talent in the business at the 2011 Classic Rock awards.

Monitor Audio's Silver RX system created the ambience of the champagne reception over 2 levels playing orchestral versions of classic rock tunes as many of rock's greatest names arrived for the awards. The ceremony, held at the Roundhouse in London's Camden, was hosted by Kiss co-front man Gene Simmons. Manic Street Preachers picked up the Classic Songwriter award and both Roger Daltrey and Pete Townshend were there to receive the Classic Album gong for the The Who's Quadrophenia. The Foo Fighters won Band of the Year. The main award went to Grammy award-winning guitarist Jeff Beck who was named Living Legend. Jeff Beck rounded off a memorable evening with a unique set featuring stunning vocal performances from Joss Stone and the Pretenders' Chrissie Hynde.

Monitor Audio sponsored the Outstanding Contribution award which was won by innovative music producer Bob Ezrin. Kiss, Alice Cooper,  Pink Floyd, Lou Reed, Aerosmith, Rod Stewart, The Deftones and Nine Inch Nails are some of the many greats that Bob has worked with.

To support ChildLine Rocks charity, Rock legends queued to sign Monitor Audio's i-deck at the Classic Rock Awards 2011 to later be auctioned in support of the charity.

Monitor Audio's distinctive i-deck 200 ipod dock was signed for by a host of stars including Queen's Brian May and Roger Taylor and Duff of Guns n Roses.

Monitor Audio’s new i-deck is the ultimate way to release the music on your iPod/iPhone.  With forty years of award-winning audio expertise, Monitor Audio have created two extraordinary

speaker systems. i-deck is the perfect combination of dynamic design and exceptional audio performance. i-deck will transform the way you hear your digital music collection and will deliver startling levels of both detail and volume. i-deck is available in two models - i-deck 100 and i-deck 200 and both deliver audiophile quality acoustics from a wide range of iPods and iphones that sit on a flexible dock connector at the heart of these stunning systems. Carefully selected materials and design ensure that the i-decks deliver the best sound whilst also conveying the spirit of luxury high-end audio equipment.

i-deck is not just about sleek looks, Monitor Audio has applied its specialised know-how in order to achieve the best possible audio experience, featuring an array of class-leading functions.