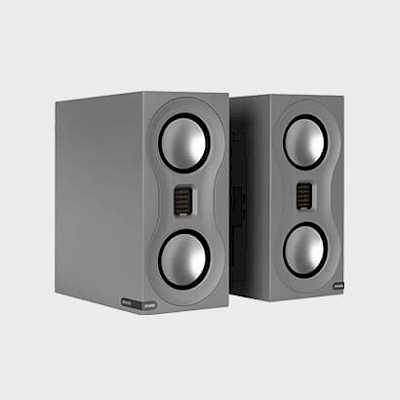 Our development team gives us a closer look at Studio

The quest to design an elegant and powerful loudspeaker has led to the creation of Studio. Using our flagship technologies within a minimalistic design, we were able to create a loudspeaker that excels in both form and function, that introduces a new generation of listeners to our history of innovation.

The initial brief for Studio was formed on the basis of taking high quality components developed for our flagship Platinum II Series, and distil them into a smaller and purer form factor. The project was handed over to the research and development team to bring the product to life. 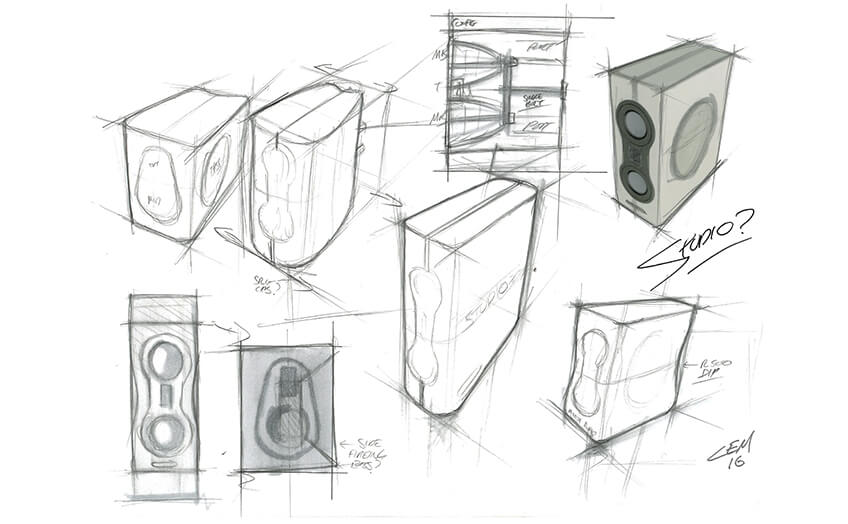 The team were working with technology built for grand cabinets that demand a larger amount of space. The idea for Studio was to create a slim-line cabinet design with an aesthetic that doesn’t draw too much attention. Many prototypes were created both in sketch and shaped-foam to get a sense of how the planned size could be configured.

Whilst the shape and aesthetics were being considered, the team were also figuring out how the components would be arranged in the new speaker. The RDT II Drivers and MPD Transducer would be configured in a vertical “D’Appolito” arrangement. This meant that two 4” drivers would be positioned with the transducer between them, mirroring the mid-section of our Platinum II PL500 II. This would not only assist in the slim cabinet design, but would also decrease sound reflections from floors and ceilings, increasing imaging quality.

In order to do this in a limited space, a special die cast driver plate was designed to solve the issue of mounting and sealing both the drivers and the transducer in a single piece rather than multiple mountings. This would take up much less room that traditional wooden baffles, meaning the drivers and transducers could be placed closer together. This not only improved the speaker visually at the front, it also resulted in performance gains from less resonances. 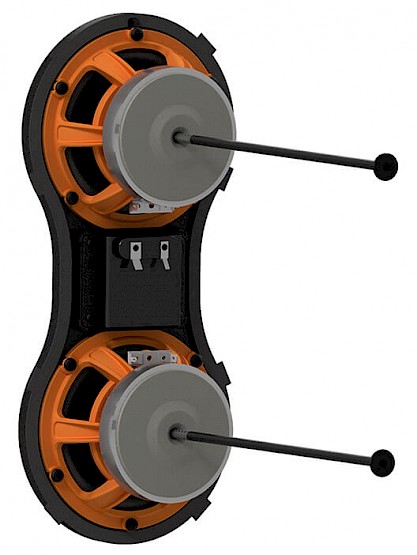 The slim profile of Studio resulted in increased depth of the speaker to keep an optimum volume. Cabinet bracing had to be carefully optimised for maximum rigidity. To aid in this, the team developed a symmetrical slot port arrangement on the rear of the speaker. This was designed in such a way to integrate into the cabinet’s bracing, adding extra strength whilst increasing airflow. 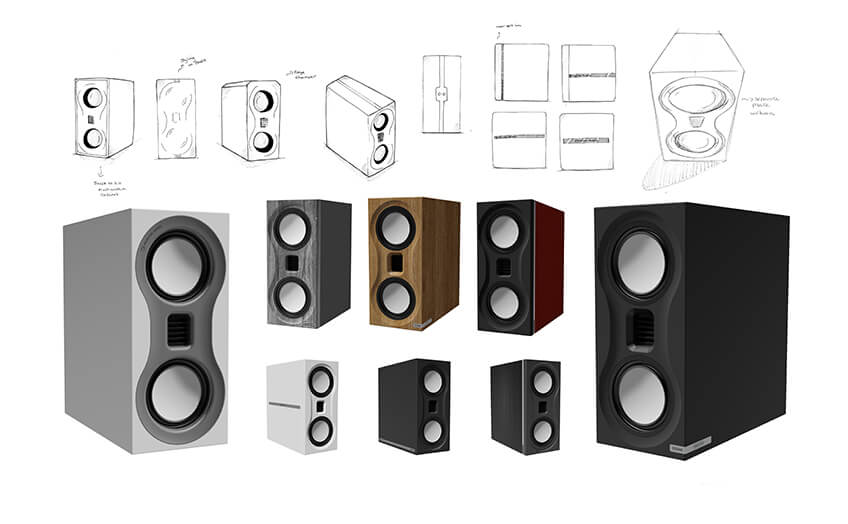 The final challenge was to ensure the input element of Studio matched the other high quality components. The crossover was mounted internally, creating a cleaner exterior look. The terminals are plated with Rhodium one of the finest precious metals for a high performance input.

The result of this development has created a speaker which can present detail and agility like no other speaker at this price point. The simple and sophisticated aesthetic is in keeping with the minimal trends of modern interiors. This is a product most of the R&D team would like to own themselves which is a testament to how proud we are of the outcome and we hope it becomes the focal point of many new customers home audio systems. 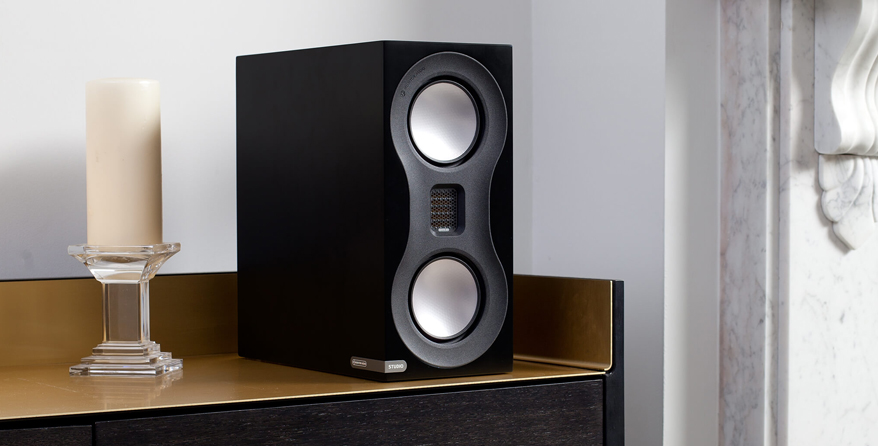