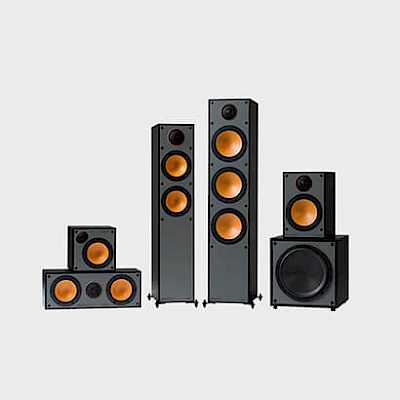 For nearly 20 years Monitor Audio have been producing some of the finest entry level loudspeakers. The Bronze series is the most notable of this, over its 5 generations it has been an industry benchmark for performance and build. However we were aware that despite its price point there is still a huge market opening up for lower cost entry level loudspeakers and we wanted to make a statement within this highly competitive field. From this point we created a brief to develop a new range of loudspeakers from the ground up, which would have it’s own unique identity to help us introduce the Monitor Audio brand to a new generation of customers. 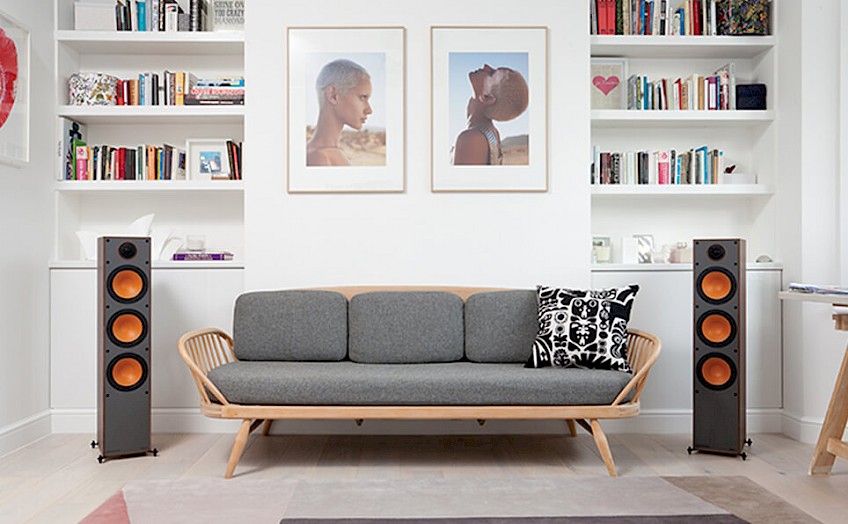 Our in-house development team of Acoustics and Product Designers were assembled to review our research and create a brief for what would be the next generation of Monitor Series. From the outset it was clear the new Monitor Series had to have a fresh Identity with a focus on introducing our brand to a new generation of music and film enthusiasts, whether they were creating their first sound system or updating their current speakers.

To start the creative process, a first draft of ideas were quickly and roughly sketched up showing a huge array of possible design routes, the whole team then reviewed these concepts so everyone has some input. 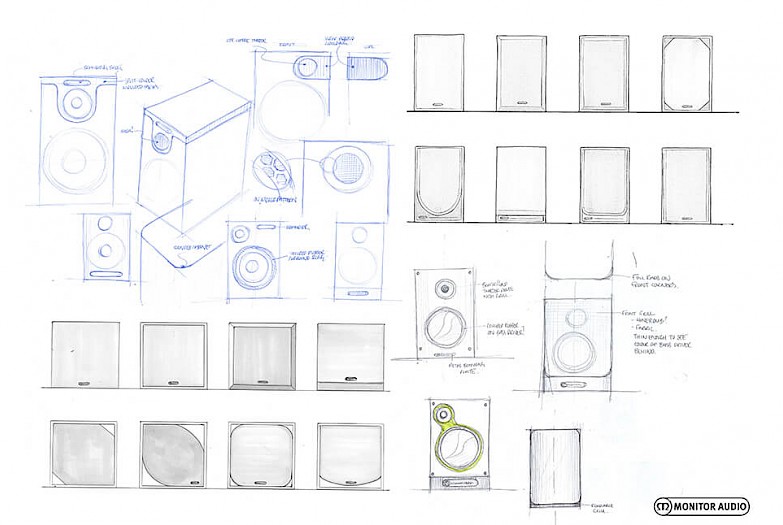 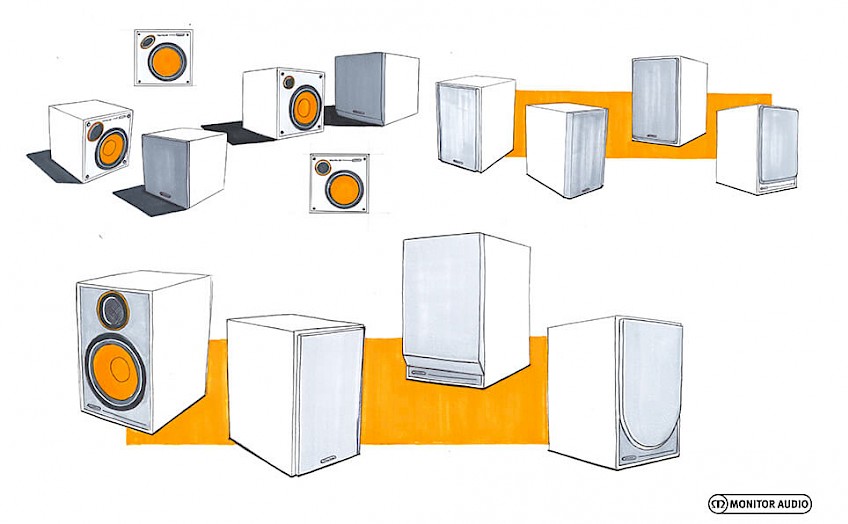 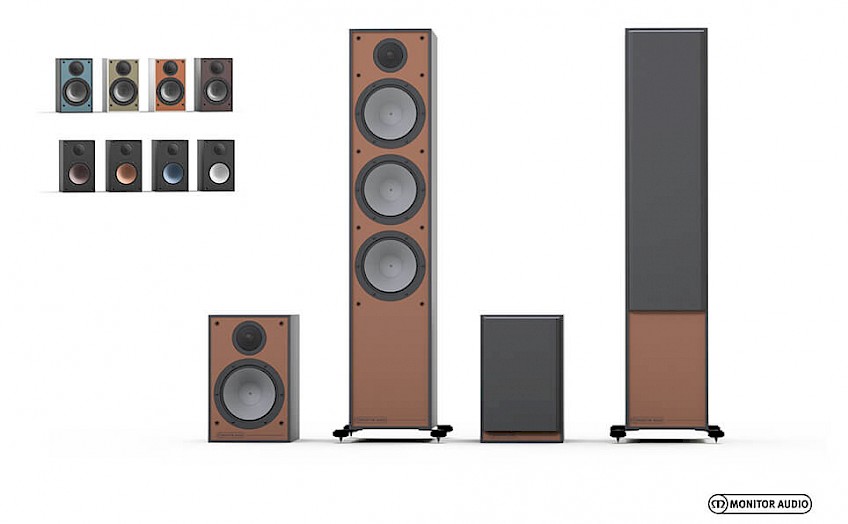 Once we had this focus, we developed some further ideas, both by hand and digitally. These ideas drew inspiration from some traditional cabinet manufacturing techniques from our archives, as well as some branding inspiration from successful early Monitor Audio designs. 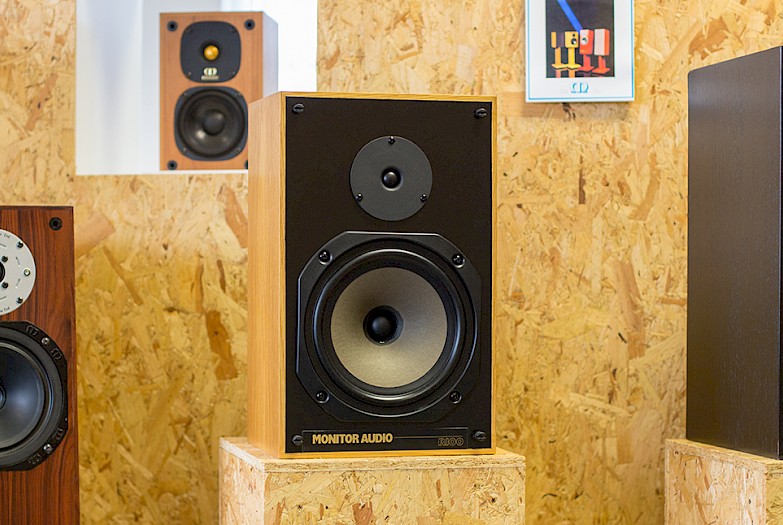 One of the most unique and unusual products in the Monitor Series is the compact Monitor 50. The concept for this was developed after researching and observing how many people use an entry level pair of compact loudspeakers.

The Product Design team realised many of our customers didn’t have the space to position smaller speakers on stands or in free space, which is often optimal for performance. While this isn’t ideal, we knew we had to create something which was more practical in the real world.

So from that point, the Monitor Series development team set about creating something more adaptable to a large variety of modern living locations. This started with the acoustic team setting the performance parameters and a minimum internal size for the speaker to perform, trials were also conducted to make sure a rear mounted port tube wouldn’t hinder positioning. 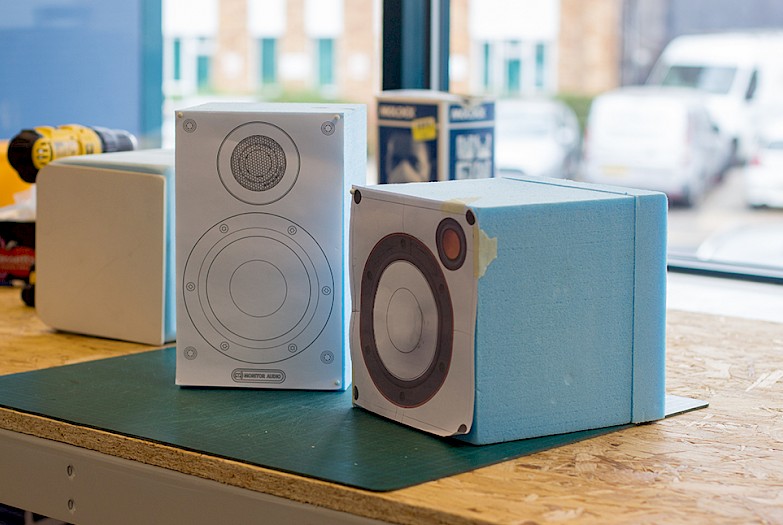 After this was complete, the product designers started with sketches and rough life size prototypes (called foams), to create a shape much more suited to Modern living environments. The result is a compact loudspeaker, which performs in even the most awkward of locations in a home. 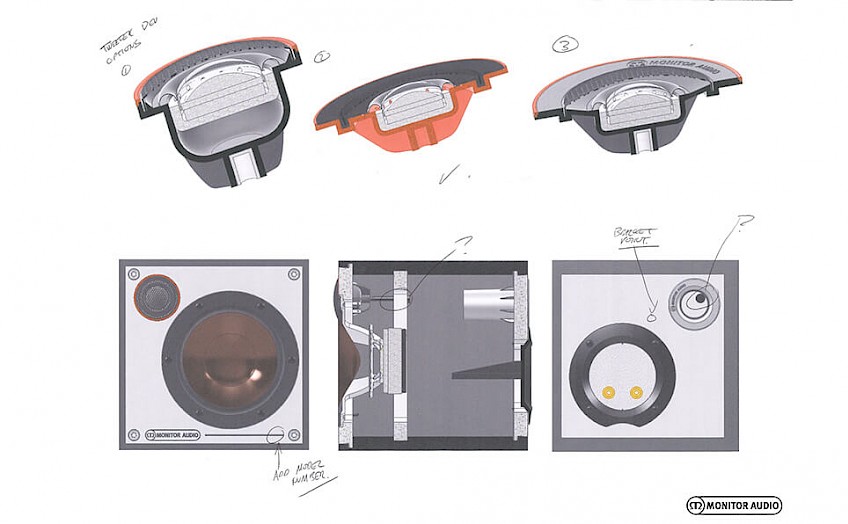 Once the creative process to generate the Monitor Series identity was complete and the range was defined, both the Acoustic and Product design teams turned their attention to the final engineering of the product, a process which is completed in the UK with the same team which creates the concepts and prototypes. This ensures the purity of the design is not lost through development. 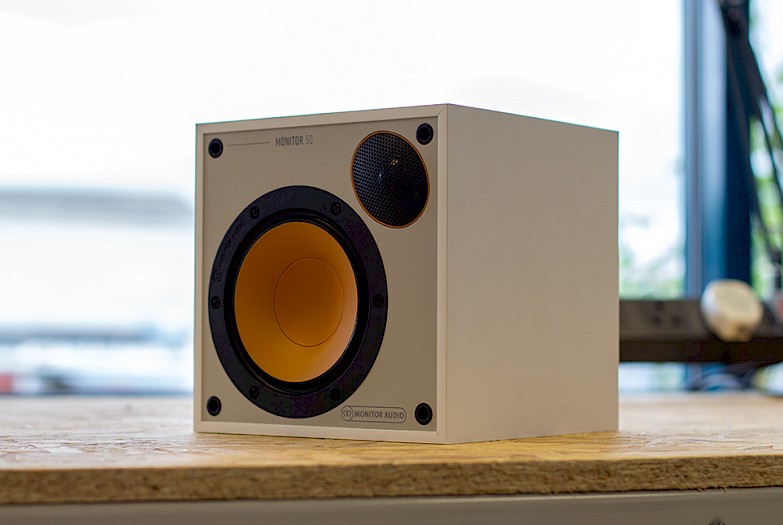 While the Monitor Series doesn’t have the complexity of our other ranges, such as Gold or Platinum, it does however have many similar features, such as the braced cabinets and drivers, individually developed for each product in the range, In-fact there are actually 5 different loudspeaker driver units developed exclusively for the Monitor range. Each one of these drivers went through at least 4 rounds of prototyping and refinement before we were confident they were going to perform consistently to our intended standard.

This process is completed by both testing in the anechoic chamber and manual voicing using some trusted human ears, a wide variety of equipment and music. All the other bespoke components, such as grilles, port tubes and terminal panels are also tested multiple times before we are confident to go to production. 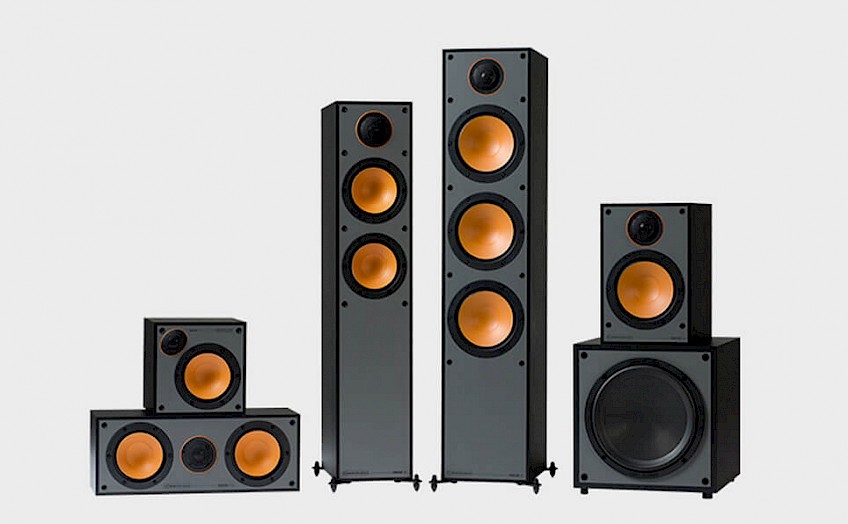 The Monitor Series is a great example of creating something new with very few ingredients. Simple shapes with an intelligent use of finishes and colours has helped the Design Team bring a breath of fresh air to loudpspeakers, while maintaining and showcasing our history in producing class leading audio performance.